A Lebanon,  Israel border demarcation deal would strip Hezbollah of its  most “legitimate” argument to bear arms

Lebanon has been recently locked in intense US-mediated negotiations to resolve its maritime and land borders dispute with Israel. If successful, the negotiations could have a ripple effect on Hezbollah’s pretext to bear arms, diplomats say. One could draw parallels with Israel’s withdrawal from southern Lebanon in 2000, which undermined justifications behind Syria’s continued military presence in the small Mediterranean country leading to its withdrawal five years later.

Acting US Assistant Secretary of State for Near Eastern Affairs David Satterfield returned to Lebanon from Israel  on Tuesday with a “positive impression” l as talks on the demarcation of maritime and land borders between the two enemy countries progresses. According to Asharq al-Awsat  report, Israel agreed on the demarcation but had asked for clarification on some issues.
“Satterfield is trying to get answers from Lebanon,” sources were quoted by Asharq al-Awsat as saying, adding that it was the first time that Satterfield “had conveyed a positive atmosphere by the Israeli side, unlike previous times.” “There is progress in the efforts by Satterfield, but it is not over,” a statement from the Speaker Nabih  Berri’s office was quoted as saying 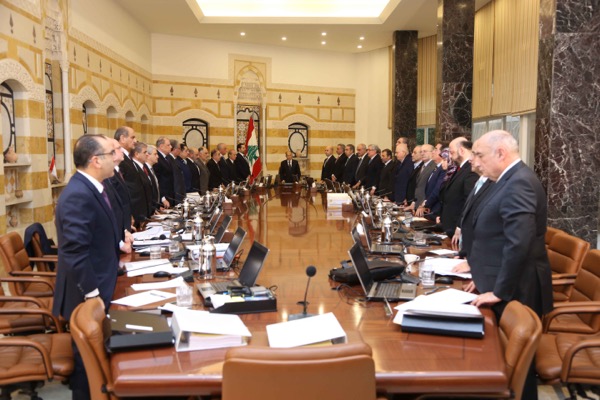 Heavily-indebted Lebanon is close to finalising its draft 2019 budget aimed at cutting the deficit to 7.6% of gross domestic product despite social protests over feared benefits losses. The deficit was 11.2% of GDP in 2018. The cabinet has met daily to debate the state budget that tries to rein in one of the world’s heaviest public debt burdens, at 150% of GDP. Lebanon’s ministers will convene again on Wednesday for a final reading of the draft budget, Information Minister Jamal Jarrah said after Tuesday’s session.  “Today is an important stop with the achievement of the budget with encouraging deficit numbers and a real path of reform,” Finance Minister Ali Hassan Khalil said earlier.