US could win war with Iran in ‘two strikes’, says Cotton. Calls on Iran to change its behavior 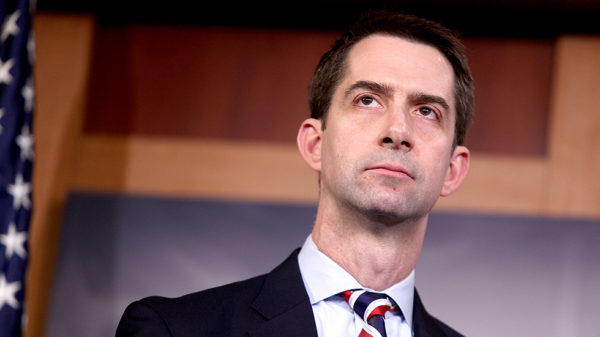 Sen. Tom Cotton (R-Ark.), a prominent foreign policy hawk, voiced confidence in a new interview that the U.S. could win a war with Iran, saying it would take “two strikes.”

“Yes, two strikes,” he told Margaret Hoover of “Firing Line” when asked if the U.S. could win a war against Iran. “The first strike and the last strike.”

Cotton said that he would not advocate for a war with Iran but warned there would be a “furious response” to any provocation against U.S. interests in the region.

Senator @TomCottonAR tells Firing Line if it comes to war with Iran, he is confident the United States would win, and would win swiftly. “Two strikes, the first strike and the last strike,” says the Senator. pic.twitter.com/twTdrFTwHu

The comments come amid escalating tensions between Washington and Tehran.

The already contentious relationship further deteriorated last week after the Trump administration announced a U.S. carrier strike group would head to the region in response to unspecified “troubling and escalatory indications and warnings.”The move was reportedly prompted in part by intelligence that Tehran gave permission to some of its proxy forces to attack U.S. military assets and personnel in the region.


Iranian President Hassan Rouhani also announced last week that he would curtail Iran’s compliance with the landmark nuclear deal reached between Iran, the U.S. and several other world leaders in 2015.

President Trump withdrew the U.S. from the pact in 2017 because he said the agreement did not adequately address Tehran’s influence in the region or its missile programs, though European signatories have urged Tehran to remain in the deal.

Cotton cited concerns similar to Trump’s when discussing moves Iran could make to deescalate tensions, though he suggested he was not optimistic.

“What I want is to have an outlaw regime change its behavior, to rejoin the civilized world and stop supporting terrorism and trying to overthrow the governments of so many of its neighbors,” he said.

“Ultimately it’s up to the Iranian people and their leaders to decide how they’re going to govern their country, but with men like those in charge of Iran, I think we’re going to see what we’ve seen for the last 40 years, which is a revolutionary theological movement that’s hijacked the powers of a nation-state.” he added.

“I don’t advocate military action against Iran. I’m simply delivering the message that if Iran were to attack the United States, it would be a grave miscalculation on their part and there would be a furious response,” he said.