Veterans protested outside the Lebanese prime minister’s office in Beirut on Friday against proposed austerity measures which would affect their end-of-services benefits and cut the pension by three percent.

They burned tyres and chanted slogans calling Lebanon‘s leaders “thieves” and claimed they were being made to pay for the failures of “ineffective and corrupt” politicians. 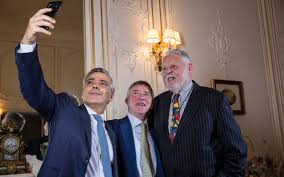 They first met in the boot of a car almost 30 years ago. Now Terry Waite and John McCarthy have been reunited on Lebanese soil, sharing a joke about the country’s improved hospitality. On Thursday night, as guests of Lebanon’s ambassador to London, the two men warmly embraced.

Lebanon Asks US to Mediate Demarcation of Maritime Border with Israel

Lebanon renewed on Friday its request for US mediation in the demarcation of its maritime border with Israel to protect its rights in its Exclusive Economic Zone. Such a request was initially made during US Secretary of State Mike Pompeo’s visit to Beirut a few months ago. However, several question marks have been raised on Washington’s ability to carry out that role, and whether it would task Acting US Assistant Secretary of State for Near Eastern Affairs David Satterfiled to complete his mission after several Lebanese officials expressed reservations on dealing with him, accusing him of being biased to Israel.