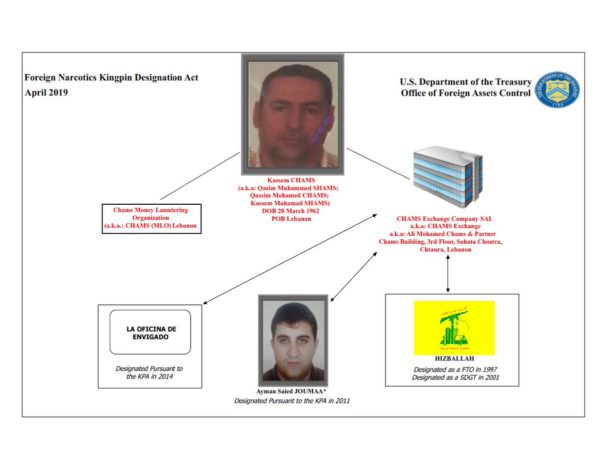 US sanctions Kassem Chams and his network , accused of laundering $ millions for Hezbollah

The US Treasury Department said it has added Lebanese national Kassem Chams to its blacklist, along with two related entities: the “Chams Money Laundering Organization” and Chams Exchange, a money service business in Lebanon.The department’s Office of Foreign Assets Control said Chams Exchange operates under license and supervision of the Central Bank of Lebanon (BdL)

Hariri:  Lebanon taking measures ‘before crisis’, ‘unlike other countries’

“Other countries were obliged to take tougher, severer and more painful measures because they waited for the crisis to happen before beginning reforms,” Prime Minister Saad Hariri announced Thursday  at the beginning of an ordinary Cabinet session at the Grand Serail. He praised the decision taken on the Electricity issue : “It was the first sign of the government’s seriousness about lowering budget deficit, fighting the waste of public money and implementing what we committed to at the CEDRE conference.”

The American president has no right to give Israel lands that belong to Syria and Lebanon,  said  a member of Shebaa’s municipal council , who  is angry about President Donald Trump’s decision to recognize Israel’s sovereignty over the occupied Golan Heights

He slams Trump’s decision over the occupied Golan Heights  and stressed it “threaten the sovereignty of Lebanon, which possesses territory occupied by Israel.”He emphasized “Lebanon’s right to extract oil and gas within its Exclusive Economic Zone.”