Venezuela: All pieces in place point to the beginning of Cuban missile crisis 2.0 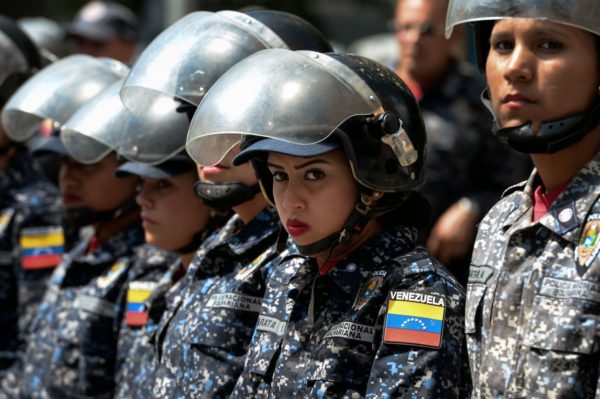 Since Guaido’s unprecedented move, there are daily reports of death, arrests, and protests, as thousands of Venezuelans march on the streets in an intensifying fight with the police.

“I think all of these pieces are lining up for something terrible,” Brian Price, Senior Reporter of Real Vision and Executive Producer of the new documentary “Venezuela: State of Disaster,” told Yahoo Finance in the video above.

“You can’t have one country, two presidents and every single world power trying to back their man in a way that doesn’t lead to something violent and potentially horrific,” explained Price.

When Nicolas Maduro became President of Venezuela in 2013, he inherited an economy on a steep decline — and in the years since, has driven the country to complete collapse. Hyperinflation has rendered currency worthless, hospitals have been shuttered, and manufacturers have stopped producing goods. The deterioration has triggered a large-scale humanitarian crisis where Venezuelans suffer from malnutrition, wait in line for basic food and goods, and die from preventable illnesses.

Millions have fled the country, crossing the border into Colombia by the thousands each day. The crisis sparked violent protests as the opposition calls for Maduro to step down.

Venezuela’s biggest tangible and marketable asset to the world is their oil. Approximately 300 billion barrels of oil — the most in the world — lies underneath Venezuela’s feet. And while oil could be the solution to their economic crisis, the country lacks the resources and the leadership to get it. Of the oil rigs that are operational, only 50 percent of the oil rigs fully function.

Instead of relying on some of the land’s natural resources such as diamonds and coffee, the Venezuelan government has doubled down on their most precious asset, relying solely on oil revenue. As oil prices have collapsed, so too has Venezuela

Once the richest country in South America, Venezuela is now the poorest and most dangerous on the continent — and on the brink of global intervention. Despite major Western powers backing Guaido’s claim, countries like China, Turkey, and, most notably, Russia are backing Maduro and his current regime.