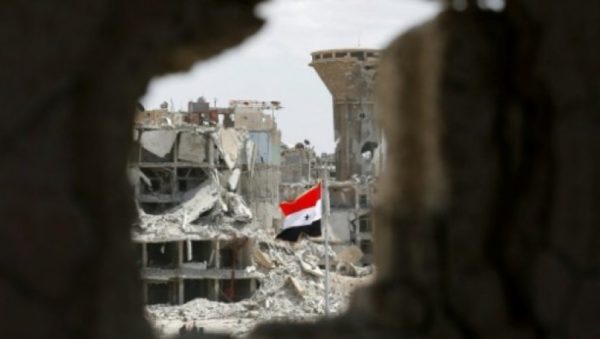 The head of the city’s civil defence, Asef Hababe, told Reuters the blast came from military technicians detonating a bomb.

State TV had said earlier that initial reports pointed to a terrorist attack, and that a number of people were injured.

The state outlet did not provide any more details on the incident.

The Syrian Observatory for Human Rights, a UK-based war monitoring group, said the blast struck near a security post. “There are some people killed and injured but we could not verify the toll immediately,” the monitor told AFP.

It was unclear if the blast was caused by a bomb that was planted or a suicide attack, according to the monitor, which relies on a network of sources inside the country.

Syria’s war has killed hundreds of thousands of people, forced more than half its pre-war population from their homes and dragged in global powers.

With Russian and Iranian help, Syrian President Bashar al-Assad’s military has beaten back rebels and the Islamic State group to restore control over most of the country.