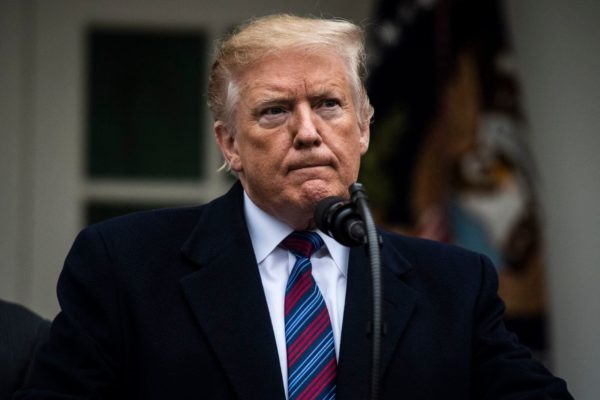 He shuts down the government, maybe for “years.” He wants a wall that is “transparent,” then concrete, then slatted, then steel. One moment he’s leaving Syria, the next he isn’t. He’s watching too much TV and yelling at everyone.

This is all to be expected. President Trump is entering his terrible twos.

The Trump presidency turns two this month, and though we often hear the mantra “this is not normal,” what the president is doing actually is normal. For a 2-year-old.

If you want to understand this White House, turn off Wolf Blitzer and pick up Benjamin Spock. The ninth edition of the late pediatrician’s famous guide, first published in 1946, tells us all we need to know about this presidency as it approaches its second birthday:

“This can be a physically exhausting and trying time.”

The 2-year-old “has a hard time making up his mind, and then he wants to change it,” his “understanding of the world is still so limited,” and “he becomes bolder and more daring in his experiments.”

Trump threatens shutdown could last ‘months or even years’
“A battle of wills with a two-year-old is tiring.”

“Two is a great age for whining.”

Trump rails about being persecuted by “THE HATERS AND THE FAKE NEWS MEDIA.” Dr. Spock anticipated this, too: “She acts like a person who feels she is being bossed too much, even when no one is bothering her and even when she tries to boss others.”

Trump believes “my gut tells me more sometimes than anybody else’s brain can ever tell me.” Dr. Spock: “The child’s nature urges her to decide things for herself and resist pressure from other people. Trying to fight this battle without much worldly experience seems to get her tightened up inside.”

And the terrible twos are defined by tantrums, which, Dr. Spock wrote, “usually start around age one” — Trump was precocious — “peak around age two to three” and are worse for “children who are less flexible.” So buckle up.

How to deal with Trump? I called my teenage daughter’s pediatricians for advice. “The behavior is natural,” explains Dr. Howard Bennett. Two-year-olds “are living in an adult world but they don’t have all the tools they need to see how the world is structured. That’s why they have conflict with their parents.”

In this case, we are Trump’s parents — the electorate, members of Congress, the media, all of us. (I challenge him to produce a birth certificate showing otherwise.) And, according to Dr. Spock, we’re doing it all wrong.

It was a mistake to leave him alone in the White House during the holidays, tweeting forlornly. Children left alone “for long periods, even though they are crying for company,” Dr. Spock wrote, are “learning that the world is a mean place.”

Dr. Spock also explained Trump’s petulance during his televised meeting with Democratic leaders Nancy Pelosi and Chuck Schumer: “A child might just feel outnumbered when she has to take on two important people at once.” And Trump’s subsequent attacks on Schumer while ignoring Pelosi? “It’s more often the father who is particularly unpopular at this period,” Dr. Spock wrote.

Clearly, White House aides are giving him too much “executive time.” Dr. Spock strongly opposed TV for 2-year-olds, “because it does all the work” for them. This is how Fox News ordered the shutdown.

But Democrats should quiet the impeachment talk and name-calling: “Young children who see parents using hurtful language or threats often develop similar troublesome behaviors.” Instead, “You might say, ‘I know how angry you feel toward me when I have to say no to you.’ ”

Respecting allies is not developmentally appropriate for Trump — as Jim Mattis learned. “Two-year-olds don’t play cooperatively with each other very much,” Dr. Spock wrote. “There is no point in trying to teach a two-year-old to share; he simply isn’t ready.”

And when Trump has a tantrum, “it doesn’t help to yell at your child, threaten punishment, plead for calm, or try too hard to ‘make everything better.’ ” This “just tends to make tantrums last longer.” Instead, ignore the outburst, and later, “a quick word of praise along the lines of ‘Nice job pulling yourself together’ can let your child salvage some self-esteem.”

Nice job pulling yourself together after announcing the Syria pullout, Mr. President.

Happily, the terrible twos don’t last forever. “The automatic resistance and hostility,” Dr. Spock tells us, “lessen after three in most children.” In the meantime, “Remember to praise yourself,” he counsels, “for staying calm and rational — not easily done when your two-year-old is having a meltdown.”

Don’t we know it.