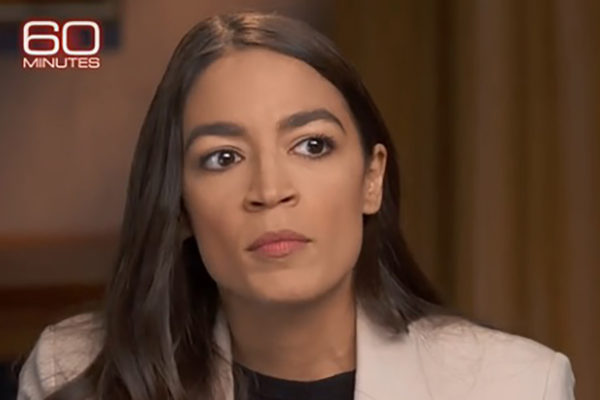 The rookie congresswoman cited the president’s rhetoric as proof.

“When you look at the words that he uses, which are historic dog whistles of white supremacy,” Ocasio-Cortez said. “When you look at how he reacted to the Charlottesville incident, where neo-Nazis murdered a woman, versus how he manufactures crises like immigrants seeking legal refuge on our borders, it’s night and day.”

Ocasio-Cortez, the youngest woman ever elected to Congress, called the president, “a symptom of a problem.”

“The president certainly didn’t invent racism,” Ocasio-Cortez said, “But he’s certainly given a voice to it and expanded it and created a platform for those things.”

In response, the deputy White House press secretary said, “Congresswoman Ocasio-Cortez’s sheer ignorance on the matter can’t cover the fact that President Trump supported and passed historic criminal justice reform…”  and “… has repeatedly condemned racism and bigotry in all forms.”

In the interview, Ocasio-Cortez also responded to criticisms she’s pushing the Democratic Party too far to the left and explained the tax hikes she would implement to help pay for her “Green New Deal.”