Riad Salameh, Governor of the Central Bank (BDL), has confirmed that a civil lawsuit by around 1,200 plaintiffs was brought against 11 Lebanese banks for  assisting   Hezbollah. The plaintiffs, all US citizens, have filed the lawsuit in a New York court.

The civil action was brought on January 1 2019, under “…the AntiTerrorism Act by American nationals who were injured, and by the estates and families of American nationals who were killed or injured, by reason of acts of international terrorism in Iraq between 2004 and 2011 that were committed, planned or authorized by the United States designated Foreign Terrorist Organization (Hezbollah) in coordination with Iran’s Islamic Revolutionary Guard Corps…”

Another lawsuit has been filed for damages sustained by during the 2006 Israeli war on Lebanon. “The cousins are a shrewd bunch,” said a high-ranking banking source well acquainted with these lawsuits. The source was referring to benefits from these lawsuits to Israeli interests. “Lebanon can also claim damages from that war,” said one banker not named in any of these lawsuits.

Other lawsuits are being expected. The sudden slew of lawsuits is linked to the expiration of a statute of limitations in US jurisdictions after which passage no suits can be accepted by the courts to be filed.

Bank Med is the only bank from the top ten (Alpha banks) excluded from the lawsuit. Other banks which in the past had altercations with the Office of Foreign Assets Control (OFAC) at the US Department of Treasury were also sparred in the lawsuits.

The US government is not involved in the lawsuit, but the case is based on various official listings of Hezbollah and Iran’s Islamic Revolutionary Guard Corps as terrorist organizations.

The Association of Banks (ABL), in a statement, said that a similar lawsuit filed in 2007 against five Lebanese banks was dismissed by a New York court. “We are firmly convinced that these lawsuits are lacking factually and in seriousness,” read the ABL statement. “These two lawsuits have no legal basis,” it said.

Salameh has minimized the impact of the lawsuit. He referred to a similar lawsuit brought against Arab Bank – which took 14 years to be judged. A jury awarded $100 million to 16 plaintiffs out of 527 who joined the suit. An appeals court had dismissed last April the jury verdict.
Salameh told a local TV station that a law firm is seeking compensation for the losses that Israel suffered during its wars with Lebanon.

The case is being pursued by “ambulance chasers,” one  source said, adding that the main motive behind the lawsuit is financial compensatio 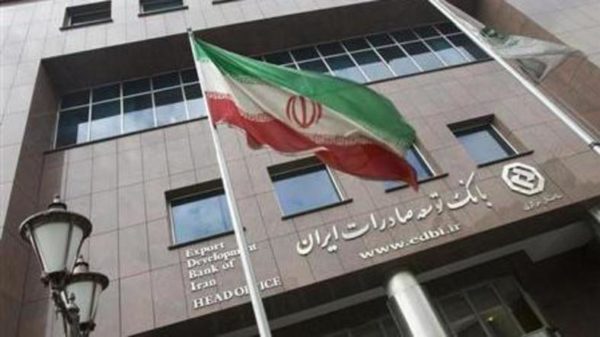 The report added that at Brooklyn( New York)  federal court, the group also filed a lawsuit against Bank Saderat Iran.

The bank was  accused of providing Hezbollah with material support needed to carry out attacks.

It said that Hezbollah and the Iranian bank  banks are being sued for a total of $50 million.

The U.S designated Hezbollah as a terrorist organization in 1997 while the European Union added its military wing to the terrorism list in 2013. The Iranian-backed militant group has been on the receiving end of a number of U.S sanctions seeking to curtail its fundraising activities and limit the group’s global financial network.