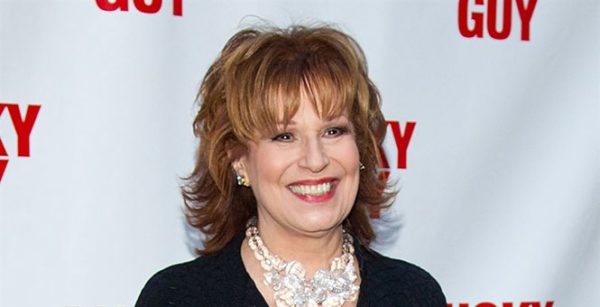 The View’s Joy Behar defended vulgar remarks by freshman Rep. Rashida Tlaib (D-MI), who said of Trump Thursday that she would “impeach that motherf***er.”

“I identify with her because I’m capable of saying something like that off the top of my head at a rally,” Behar said Friday.

DEM CONGRESSWOMAN USES EXPLETIVE: New Congresswoman Rashida Tlaib is not apologizing for cursing out Pres. Trump in call for impeachment. Was it appropriate? The co-hosts discuss. https://t.co/84eJdJPA3S pic.twitter.com/YuhJIjMzJZ

When her co-hosts pointed out that she’s not running for office she responded by joking, “I’m not? That’s what I’ve been doing for 20 years here.”

Her colleagues all said they thought that the language was inappropriate.

“She said that she was telling that to her kids,” Abby Huntsman commented. “She’s got two sons, one is 13 and [one is] seven. I hope she didn’t use that exact language.”

“Listen, we spend a lot of time criticizing president loco, individual one, whatever you want to call him, the guy in the White House, because of how he has cheapened the office of the president and so it’s not proper appropriate for Democrats or anybody in Congress to represent Americans and speak this way,” she said. “She is now a Congresswoman.”

Sunny Hostin said that, in addition to the bad language, calls for impeachment were “premature” before an investigation is concluded.

“We can all agree, I don’t think the language was appropriate,” she added. “The level of discourse in this country has reached the basement. It’s despicable. It’s disgusting.”

“You know I have the mouth of a trucker,” co-host Meghan McCain said. “I’m the last person to talk about anyone swearing. I’m also hired to give speeches. And when I give speeches I’m not swearing.”

She said Tlaib is part of “an interesting new crop that is representative of the new generation of Democrats which is highly left, highly angry, and I would say obviously using rhetoric that is not in the vein of Michelle Obama.”

Behar countered that she didn’t think Tlaib’s language was representative of the new generation of Democrats.