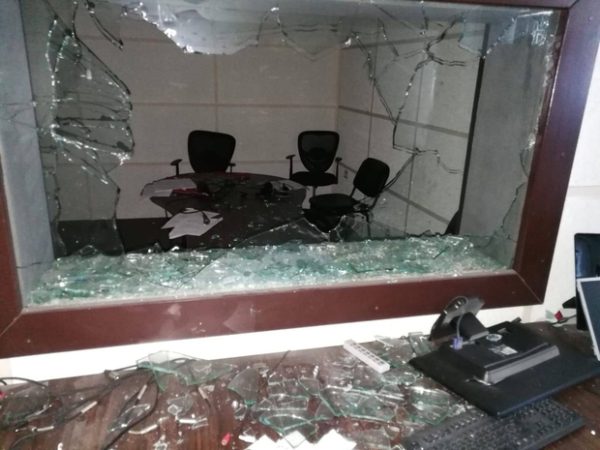 The Gaza offices of President Mahmoud Abbas’s official Palestine Television station were attacked and ransacked on Friday, adding to tensions between his Palestinian Authority and the Islamist Hamas movement which rules the territory.

“Whoever rules in Gaza must afford protection to everyone here,” Qidra told Reuters.

The station broadcasts material supportive of Abbas’s Western-backed Authority, whose power base lies in the West Bank. Station officials immediately blamed Hamas for the attack.

“Hamas is deeply involved in this conspiracy,” said Ahmed Assaf, chairman of the Palestininan Broadcast Corporation (PBC), speaking to the channel in the West Bank city of Ramallah.

The PBC issued a statement saying the attack was a “clear reflection of the mentality of the Hamas movement and criminal gangs who believe only in their voice, and who seek to suppress freedoms”.

Neither Assaf nor the PBC offered any evidence for their accusations, and Hamas officials swiftly condemned the incident.

“What happened is rejected, and we condemn it,” Eyad Al-Bozom said in a statement issued by the Hamas-run Interior Ministry in Gaza. He urged the station’s officials to cooperate with investigators.

There has long been antipathy between Hamas, which won the last Palestinian parliamentary elections in 2006 and is opposed to any peace negotiations with Israel, and with Abbas’s more moderate and secular Fatah faction.

The two rivals have failed to end the divisions since 2007. Egypt has brokered a Palestinian reconciliation pact that provides for Hamas to cede control of Gaza to Abbas, but a dispute over power-sharing has hindered implementation of the deal.

The TV station was able to continue broadcasting from Gaza later in the day. The attack was widely condemned by other Palestinian political factions and by journalists.