A German ploughed his car intentionally into a crowd of foreigners 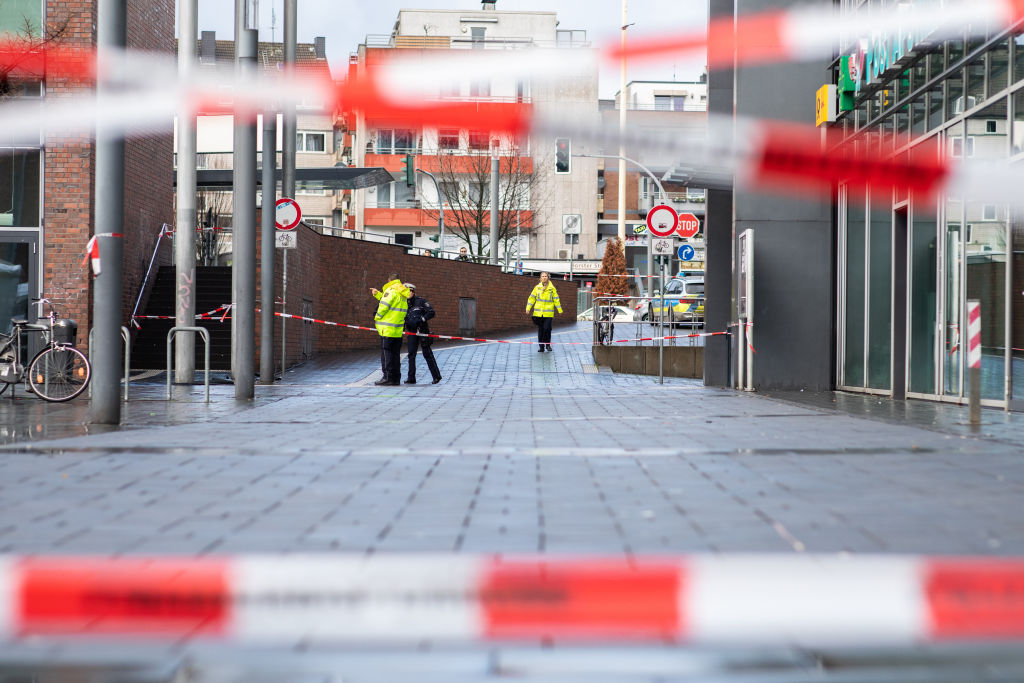 01 January 2019, North Rhine-Westphalia, Bottrop: Police cordon off Berlin Square. On New Year’s Eve, a car driver had driven his car into a group of pedestrians and injured at least four people, some of them seriously. “The investigating authorities are currently assuming a targeted attack, possibly due to the xenophobic attitude of the driver,” the police and public prosecutor’s office reported. The driver was arrested. (to dpa “Man drives in pedestrian group – xenophobic attack suspected” from 01.01.2019) Photo: Marcel Kusch/dpa (Photo by Marcel Kusch/picture alliance via Getty Images)
Share:

A man ploughed his car into a crowd of people in western Germany early Tuesday, injuring at least four in what appears to have been an intentional attack against foreigners, authorities said.

The 50-year-old driver of a silver Mercedes first attempted to hit a group of people in the city of Bottrop shortly after midnight, but the pedestrians were able to jump out of the way, Muenster police said.

The suspect, a German man, then drove into the center of Bottrop where he slammed his car into a crowd. Police said those hit included Syrian and Afghan citizens, and some were seriously injured.

The driver then sped off toward the nearby city of Essen, where he tried and failed to hit people waiting at a bus stop before being arrested by police on suspicion of attempted homicide.

The driver, whose name wasn’t released, made anti-foreigner comments during his arrest and there were indications he suffered from mental illness, police said.

“The man had the clear intention to kill foreigners,” Herbert Reul, the top security official in North Rhine-Westphalia state, was quoted as saying by the German news agency dpa.

It’s not the first time that a vehicle has been used as an apparent weapon in Germany.

In April, a German man drove a van into a crowd in Muenster, killing four people and injuring dozens. The driver, who had sought psychological help in the weeks preceding the attack, then killed himself.

On Dec. 19, 2016, a Tunisian man ploughed a truck into a busy Christmas market in Berlin, killing 12 people. The attack was claimed by the Islamic State group. The driver, who fled the scene, was later killed in a shootout with police in Italy.