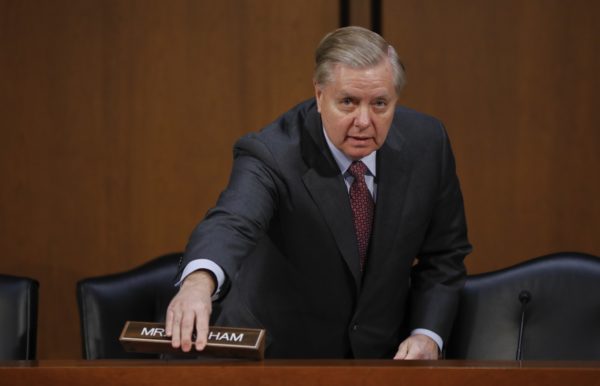 WASHINGTON, D.C. Republican U.S. Senator Ben Sasse of Nebraska, a member of the Armed Services Committee, believes pulling American forces out of Syria is a mistake.

“Eight days ago the (Trump) Administration called a hypothetical pullout ‘reckless.’ Today, we’re leaving. The President’s generals have no idea where this weak decision came from: They believe the high-fiving winners today are Iran, ISIS, and Hezbollah. The losers are Israel, humanitarian victims, and U.S. intelligence gathering. A lot of American allies will be slaughtered if this retreat is implemented.”

The U.S. is preparing to withdraw a significant number of troops from Syria, according to two senior defense officials and one person familiar with the plan, a pending policy shift that blindsided Congress and most senior officials at the Pentagon and State Department.

“We have defeated ISIS in Syria, my only reason for being there during the Trump Presidency,” the president wrote on Twitter Wednesday morning. But neither he nor anyone else at the White House provided any details on changes in his Syria strategy that officials described as the next stage in the conflict.

Sasse was not alone in his assessment.

“An American withdrawal at this time would be a big win for ISIS, Iran, Bashar al Assad of Syria, and Russia,” Sen. Lindsey Graham, a South Carolina Republican, said in a statement. “I fear it will lead to devastating consequences for our nation, the region, and throughout the world.”

Graham called any plan for withdrawal in Syria “an Obama-like mistake” — a reference to President Barack Obama’s decision to completely withdraw U.S. troops from Iraq in 2011, only to redeploy American forces there several years later to combat ISIS.
Trump has repeatedly criticized Obama’s decision to withdraw from Iraq.

Sen. Marco Rubio, R-Fla., called withdrawing from Syria “a grave error that will have incredible consequences, potentially not fully thought through.”

Not all senators criticized the plan. Sen. Rand Paul, R-K.Y., praised the President for defying the “naysayers on both sides of the aisle.”

White House press secretary Sarah Sanders said in a statement that the U.S. has defeated ISIS’s “territorial caliphate,” but she did not say the administration is planning a complete withdrawal of American forces in Syria.

“These victories over ISIS in Syria do not signal the end of the Global Coalition or its campaign,” Sanders said. “We have started returning United States troops home as we transition to the next phase of this campaign.”

Sanders did not elaborate on what that next phase will look like.

The U.S. military confirms having 503 U.S. troops in Syria, even though defense officials acknowledge having had more than 2,000 there at times. The military mission is to defeat ISIS, but troops have also been used more for stabilization efforts in recent weeks.

Senior administration officials have said for months that the U.S. would remain in Syria as long as Iran continues to have a presence there.

Earlier this month, defense secretary James Mattis announced the U.S. had set up observation posts near the Turkish border.

Chairman of the Joint Chiefs of Staff Gen. Joseph Dunford said two weeks ago that “with regard to stabilization we still have a long way to go” in Syria.