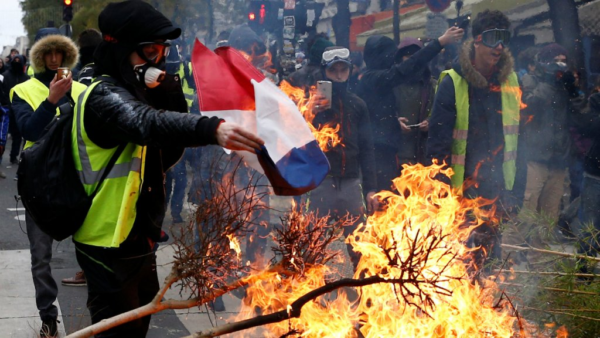 The Kremlin on Monday denied involvement in the “yellow vest” protests that have rocked France, after reports that Russia-linked social media accounts are waging a campaign to encourage unrest.

Britain’s The Times reported Saturday that hundreds of accounts linked to Russia have “sought to amplify” the protests.

They had posted photographs purporting to show injured protesters, the newspaper reported, but which were in fact taken at other events, citing analysis from a cybersecurity company.

French authorities have launched checks into the reports, sources told AFP on Sunday, but officials have said that it is too early to comment on the allegations.

Kremlin spokesman Dmitry Peskov told journalists on Monday that Russia “considers all that is happening exclusively the domestic affairs of France.

“We have not interfered and we don’t plan to interfere in the domestic affairs of any country including France,” he said.

Reports to the contrary were “nothing but slander”, he added.

The US Justice Department has accused a notorious Russian troll farm of interfering with its congressional elections in November and in 2016 presidential elections won by Donald Trump. Russia denies this.

Trump is at the centre of a probe into whether his 2016 presidential campaign conspired with Russian operatives to tilt the election in his favour.