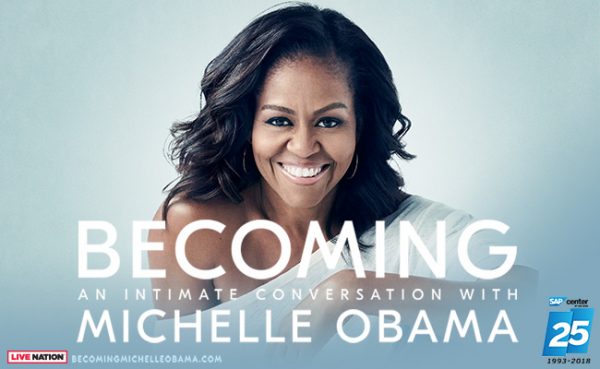 Michelle Obama’s memoir “Becoming” got off to a hot start this week, selling more than 725,000 units on the day it was released,
Share:

By Jeffrey A. Trachtenberg

Michelle Obama’s memoir “Becoming” got off to a hot start this week, selling more than 725,000 units on the day it was released, spurring its publisher to order up another 800,000 hardcover copies.

The book, published Tuesday by Crown Publishing, part of Penguin Random House, was widely expected to be a major hit, given interest in the former First Lady and the added boost of being selected for Oprah’s Book Club. The title is also available as an audio book and an e-book.

Political books in general have been in demand this year. Among the most popular was Michael Wolff’s “Fire and Fury: Inside the Trump White House,” which its publisher says has sold in excess of 2.5 million copies in all formats since it went on sale Jan. 5.

Penguin Random House said the first-day sales for Mrs. Obama’s book, which include preorders, were the highest for any title that it has published so far this year. The new print run will bring the number of hardcover copies in print in the U.S. and Canada to 2.6 million.

Mrs. Obama’s 426-page memoir touches on such topics as her anger over Donald Trump questioning her husband’s U.S. citizenship, as well insights into her marriage and her White House days.

The book was sold in 2017 as part of a two-book package with a memoir by former President Barack Obama for an advance estimated at $60 million.

The head of Bertelsmann SE, which owns 75% of Penguin Random House, said at the time that it was “the highest advance ever paid in the history of book publishing.”

Mrs. Obama is now on an extensive tour that will include three foreign capitals, as well as arenas in 10 cities, and visits to some local bookstores.

On Friday, the book ranked No. 1 on best-seller lists compiled by Amazon.com Inc. and  BarnesandNoble.com.