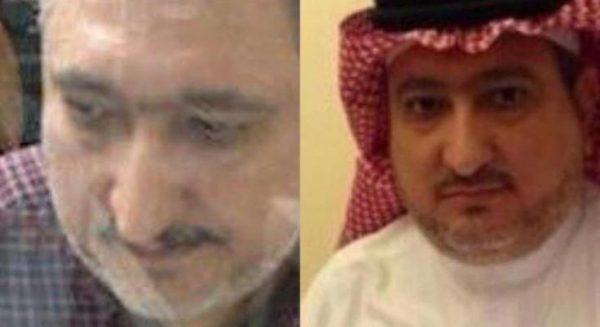 A diplomatic vehicle belonging to the Saudi consulate has been discovered abandoned on the outskirts of Istanbul, days after the killing of journalist Jamal Khashoggi.

Security sources told Turkey’s state TV the vehicle was found in the Sultangazi district, some way outside the city centre.

Turkish crime scene investigators have arrived at the underground car park in which the vehicle was reportedly dumped days after Mr Khashoggi’s murder at the hands of a 15-man Saudi squad of intelligence and security officials, according to local media. Officials also released to state television a photo of an unidentified man entering and leaving the vehicle, a black 2011 E-Series Mercedes-Benz sedan, after and the killing.

Saudi officials have insisted the killing was the result of a botched attempt to convince Mr Khashoggi to return to Saudi that resulted in a panicked attempt to cover up the slaying from both Turkish authorities and Saudi leaders. But the vehicle hints at a far wider and complex coverup scheme encompassing a larger swath of Istanbul’s geography, a longer time frame that stretched well past Mr Khashoggi’s 2 October death, and more personnel than the 15-man Saudi team that has been exposed by Turkish media.

“Turkish officials are 100 percent sure that this wasn’t a botched operation or rogue operation,” Ragip Soylu, Washington correspondent for the pro-government Daily Sabah newspaper, told The Independent. “The fact that this team arrived in a sophisticated way on the day of murder tells us that it was premeditated. Obviously Saudis were tying to cover their tracks by using many cars. Even on the day of arrival to consulate, they used seven different cars. At an operational level, they were trying to do job by the book, but botched the details.”

Turkey has accelerated leaks from the investigation into Khashoggi’s killing ahead of much-anticipated speech tomorrow during which President Recep Tayyip Erdogan has vowed to disclose fresh details. Police reportedly requested permission to search the car from the chief public prosecutor’s office and the consulate general of Saudi Arabia. It is not clear if their request has been granted.

Investigators looking into the disappearance of Khashoggi last week searched other consulate vehicles, along with the consulate building and the consul general’s residence.

Saudi Arabia said on Saturday Khashoggi was killed in a “fistfight” inside the consulate. Turkish media and officials say the 59-year-old Washington Post columnist was attacked by a 15-man Saudi team that cut off his fingers and decapitated him.

His remains have yet to be found.

The disclosure of the abandoned car comes on the same day CNN reported a man appearing to wear Khashoggi’s clothes can be seen on surveillance video leaving the Saudi consulate after the journalist’s death.

At 57 years old, the alleged decoy, Mustafa Muhammed al-Madany, was the oldest member by a dozen years of the team apparently dispatched to Turkey from Riyadh to confront the 59-year-old journalist.

Mr al-Madany is seen in the footage walking out of the consulate via its back exit with an accomplice, then taking a taxi to Istanbul’s famed Sultan Ahmed Mosque, where he went into a public toilet, changed back out of the clothes and left.

The state-run broadcaster TRT also reported that a man who entered the consulate building was seen leaving the building in Mr Khashoggi’s clothes.

In the days after Khashoggi vanished, Saudi officials initially said that he had left the consulate.

Citing unnamed government sources, the newspaper Yeni Safak reported on Monday that the Saudi crown prince Mohammed bin Salman had got on the phone with Mr Khashoggi during a consular visit to obtain personal papers and personally attempted to convince him to return to the kingdom.

The claim could not be verified but other sources have told The Independent that at least some parts of Mr Khashoggi’s encounter in the consulate may have been live streamed to Riyadh.

Pro-government newspapers have been drip-feeding information about the killing, apparently with the help of Turkish security forces.

Saudi Arabia has sought to depict the killing of Khashoggi as an unintended death that took place during an attempt to convince him to come home as part of an authorised program to draw dissidents back to the kingdom.