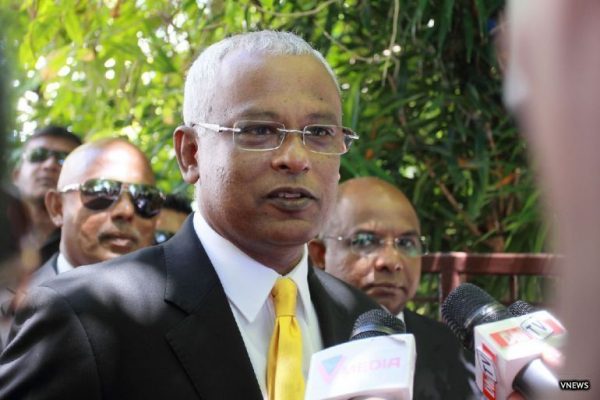 MALE, Maldives (AP) — The Latest on the Maldives’ presidential election (all times local):

Independent newspaper website mihaaru.com reports that Solih has 58.3 percent of the vote, with nearly 92 percent of ballots counted.

The opposition had feared the election would be rigged in favor of Maldives’ strongman President Yameen Abdul Gayoom, whose first term in office was marked by a crackdown on political rivals, courts and the media.

In a victory speech in Maldives’ capital Male, Solih called it “a moment of happiness, hope and history.”