North, South Korea agreed their Peninsula should turn into a “land of peace “ 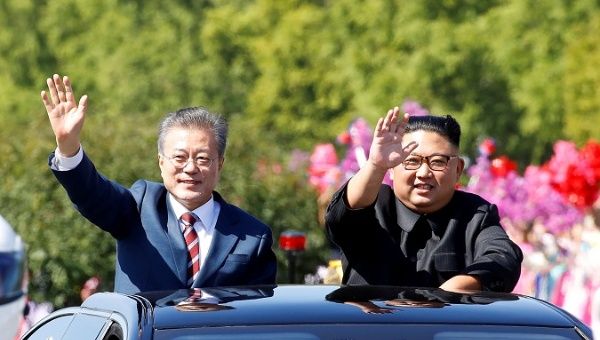 North and South Korea agreed that the Korean Peninsula should turn into a “land of peace without nuclear weapons and nuclear threats,” Moon said following the conclusion of his summit talks with North Korean leader Kim Jong Un.

Speaking at a joint press conference with Moon, Kim said he will visit the South’s capital Seoul “in the near future.”