Russian plane with 14 on board shot down by Syrian missile. Russia blames Israel: report 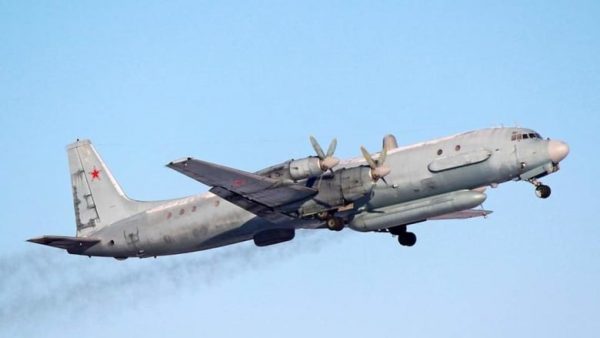 The Kremlin has accused Israel of deliberately creating a ”dangerous situation” on the Syrian Mediterranean coast, after a Russian military surveillance plane was shot down.

The aircraft, a Il-20 turbo-prop plane with 14 people on board, vanished from radar screens at the same time as Israeli and French forces were launching strikes on targets in Syria, the Russian Defence Ministry said on Tuesday afternoon.

It said the Syrian military had accidentally shot the plane down but said it blamed the incident on Israel. The plane was returning to a Russian base near the city of Latakia.

A US official said Washington also believed the aircraft, used for electronic reconnaissance, was inadvertently shot down by anti-aircraft artillery operated by Moscow’s ally, the Syrian government.
Around the time the plane disappeared, Latakia was under attack from ”enemy missiles”, and missile defence batteries responded, Syrian state media reported.

Russia has been a key backer of Syrian President Bashar al-Assad and it has two military bases in the country.

”The trace of the Il-20 on flight control radars disappeared during an attack by four Israeli F-16 jets on Syrian facilities in Latakia province,” the statement was quoted as saying. Israel declined to comment.

There was no immediate word on casualties.

The Britain-based Syrian Observatory for Human Rights reported the explosions, saying the target appeared to be an ammunition depot, part of the compound of the state Institute for Technical Industries. The war-monitoring group said it was not clear if the depot was for Iranian or Syrian forces.

Other attacks were reported on September 4 that targeted sites in the coastal Tartus area and in Hama province. Israel is widely believed to have been behind a series of air strikes mainly targeting Iranian and Hezbollah forces that have joined Syria’s war fighting alongside the government.
Earlier this month, an Israeli military official said the Jewish state had struck more than 200 Iranian targets in Syria over the past 18months. Israel says it will not tolerate Iran’s growing presence in Syria.

Monday’s attack came hours after Russia and Turkey announced an agreement that effectively prevents a Syrian government offensive against Idlib, a rebel-held area in northwestern Syria.

The zone will be established by October 15 and be 15-20 kilometres deep, with troops from Russia and NATO-member Turkey conducting coordinated patrols, President Vladimir Putin said at the end of a more than three-hour meeting with Turkish President Recep Tayyip Erdogan in Sochi.

The deal marked a significant agreement between the two leaders and effectively delays an offensive by Syria and its Russian and Iranian allies, one that Turkey fears would create a humanitarian crisis near its border.

Iran welcomed the agreement and it was consulted before it was announced, according to a report on Lebanon’s al-Mayadeen TV quoting the Foreign Ministry spokesman.

Putin said “radical militants” would have to withdraw from the zone. Among them would be those from the al-Qaeda-linked Hayat Tahrir al-Sham – Arabic for Levant Liberation Committee. The group denies it is linked to al-Qaeda.

It was not immediately clear exactly how the deal would be implemented in the province, which is home to more than 3 million Syrians and an estimated 60,000 rebel fighters from various groups.