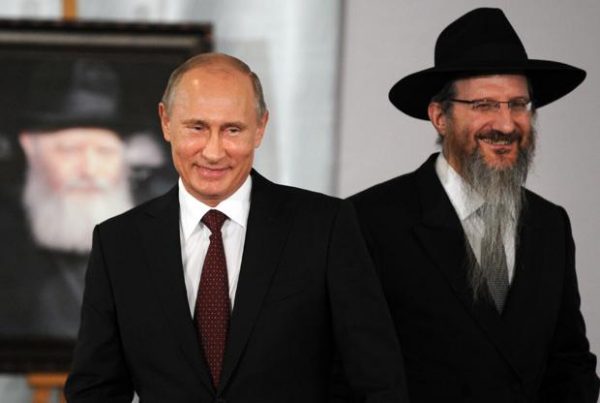 Moscow – Hebrew-language Channel 7 TV in Israel has revealed that the Chief Rabbi of Russia, Berel Lazar, has recently made a diplomatic visit to Iran. It was, Quds Press has reported, a “secret mission” commissioned by Russian President Vladimir Putin although when asked on Friday, officials in Moscow and Tel Aviv refused to disclose the date of the visit or its purpose.

The task of Rabbi Lazar, one of the most influential figures in Russia and very close to Putin, is believed to be linked to Israeli efforts to prevent Iran from positioning itself militarily in Syria, especially after the recent agreement to expand military cooperation between Damascus and Tehran.

Israeli Prime Minister Benjamin Netanyahu has reiterated on more than one occasion that he is seeking to use diplomatic efforts to prevent Iran from further involvement in Syria.

The Islamic Republic opposed the rabbi’s arrival, but Putin himself insisted on Lazar’s participation in the diplomatic mission, the website Ynetnews reported. The trip was reportedly headed by the chairman of Russia’s State Duma and included talks in the Iranian parliament.

Lazar, who  also heads the Chabad movement in Russia, is considered close to Putin and is often accused of supporting the president unconditionally in exchange for his regime’s seal of approval for Chabad.

During the 24-hour visit, which  reportedly took place on April 9, Lazar reportedly met with Jewish community leaders and visited various Jewish institutions in Tehran, including the central synagogue and a Jewish school.

About 10,000 Jews live in Iran at present, the third-largest concentration of Jews in the Middle East after Israel and Turkey.

None of the reports specified the nature of the diplomatic mission, but the Arutz Sheva news website, which first reported on the trip, did note that the visit may have been linked to Israel’s attempts to thwart Iran’s military entrenchment in Syria.