Many obstacles prevent return of Syrian refugees from Lebanon 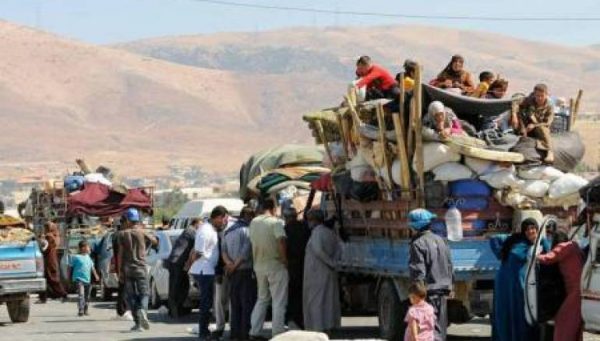 United Nations High Commissioner for Refugees Filippo Grandi briefed on Friday Lebanese officials on the outcome of his latest visit to Damascus and talks over the return of Syrian refugees home.

Although positive signs have emerged, financial and legal obstacles hindering the return of Syrians to safe areas have remained.

During a meeting held at the Baabda Palace, President Michel Aoun called upon Grandi “to play a greater role in facilitating the safe return of displaced Syrians in Lebanon to their country, especially to areas in Syria where the situation is now stable, based on the assertions of all those concerned with the Syrian affairs, including the UNHCR itself.”

The UN agency has conducted a survey showing that 735,500 Syrians in Lebanon have been displaced from areas in Syria that are now safe.

Aoun asserted that Lebanon will continue to organize the gradual return of displaced people who wish to do so.

“International organizations should provide assistance to the returnees in their towns and villages or safe places in Syria where they could reside,” he added.

He denied any pressure by the Lebanese authorities, stressing that the return of the refugees was “voluntary.”

Grandi had briefed Aoun on the outcomes of his visit to Syria and his talks with Syrian officials on the general situation and UNHCR’s assistance to Syrians who were forced to move from their original places of residence to safer areas.

“The best solution for the Syrian refugees in this region – and there are more than 5 million – is to have voluntary, safe and dignified return to their country,” Grandi said.

The UN Commissioner added that the situation has been very difficult in Syria over the past few years but “as in the past we looked at what the concerns of the people are in terms of returning or not returning.”

After attending the meeting between Grandi and Hariri, State Minister for the Affairs of the Displaced Moeen Merehbi told Asharq Al-Awsat that any initiative on the issue requires security and living conditions that allow the return of Syrian to safe areas.

“Russia expressed the need to reconstruct the infrastructure and houses in Syria,” he said, adding that the issue needs time, work and financial support from the international community.