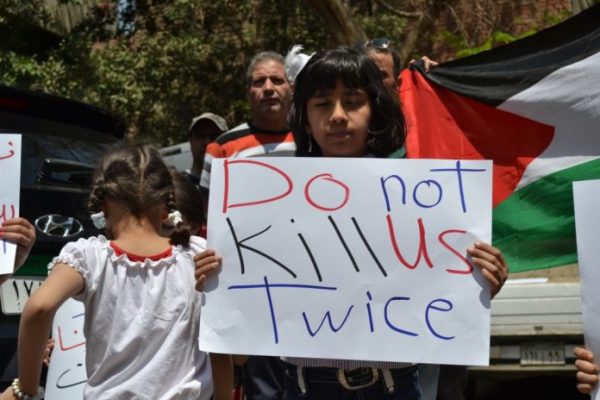 A Palestinian youth is protesting against the UNRWA funding cuts .The banner reads do not kill us twice
Share:

The United States on Friday cut funding to a U.N. agency that supports Palestinian refugees, saying its business model and fiscal practices were an “irredeemably flawed operation.”

“The administration has carefully reviewed the issue and determined that the United States will not make additional contributions to UNRWA (United Nations Relief and Works Agency),” State Department spokeswoman Heather Nauert said in a statement.

She said the agency’s “endlessly and exponentially expanding community of entitled beneficiaries is simply unsustainable and has been in crisis mode for many years.”

UNRWA says it provides services to about 5 million Palestinian refugees. Most are descendants from individuals who fled Palestine in the 1948 war that led to the creation of the state of Israel.