Why stocks would soar on Trump impeachment 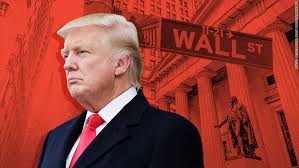 Donald Trump told FoxNews that the market would crash were he to be impeached.

I think that is the opposite of what would happen — but it depends on what a President Mike Pence would do differently than Trump.

According to Bloomberg, here’s what Trump said,

I don’t know how you can impeach somebody who’s done a great job. I’ll tell you what, if I ever got impeached, I think the market would crash. I think everybody would be very poor. Because without this thinking you would see numbers that you wouldn’t believe, in reverse.

If Trump was impeached by the House and convicted by the Senate, Mike Pence would become president. And there is something Pence could do that would cause stocks to soar.

Before getting into that, what makes the market go up and down? The answer is expectations-beating revenue and profit growth coupled with better-than-expected growth forecasts.

Trump’s trade war is one reason that companies are lowering their guidance.

A case in point is $1.5 billion (last 12 months’ sales) Oxford, Mass.-based fiber-laser maker, IPG Photonics, which saw its stock plunge 24% on July 31 when it issued lower guidance that is directly attributable to tariff tussles.

IPG’s biggest whiff as far as investors were concerned was its much lower than expected guidance for the quarter ending in September 2018. As I wrote August 6, IPG said it expected third quarter revenues to be 13% below Zacks estimate of $431.1 million and EPS would fall 15% below the Zacks Consensus estimate of $2.28.

The reason for the lower forecast? The trade war between the United States and China. As IPG Chief Executive Valentin Gapontsev said, “As compared to just a few months ago, the current global macroeconomic trade and geopolitical environment is more uncertain and could remain so. In addition, we expect foreign exchange to be more of a headwind, particularly with the depreciation of the Chinese Renminbi over the last month.”

I think Gapontsev’s predicament is widely shared. Indeed, as of July 25, CNBC found that 40% of CEOs were talking about how tariffs were affecting their business. CNBC cited Hasbro executives who said, “We’ve been working with and talking to the administration and our congressional delegations to ensure we’re communicating just how terrible an impact [an] ongoing tariff or trade war would be.”

Another example is the automobile industry where U.S. tariffs have raised the cost of some key raw materials and resulted in retaliatory tariffs by China — which are likely to cut into U.S. exporters’ revenues by raising the price of their vehicles to Chinese consumers.

Automakers are suffering an increase in input costs as a result of new tariffs — Trump’s 25% tariff on imported steel and 10% duty on imported aluminum are raising costs for the “two-thirds of a U.S.-built vehicle made of steel or aluminum,” according to the Wall Street Journal.

The trade war is also hurting U.S. automakers that export to China. How so? According to the Journal

China increased its auto import tariff to 40% in retaliation to the Trump administration’s move to impose duties on $34 billion in Chinese-made goods. Ford, Tesla, BMW and Daimler —which make sport-utility vehicles in the U.S. and ship them to China—have been hit the hardest by the 40% tariff.

By raising the cost of inputs on steel and aluminum, automakers face the choice of either keeping prices the same — which will squeeze their profits — or raising prices — which will encourage more people to defer buying new vehicles.

And those Chinese auto tariffs are almost certain to reduce sales to China by U.S. automakers — unless they slash prices enough to remain competitive.

In either scenario, automakers are going to be forced to cut costs — and that could mean a rise in layoffs — which would lower consumer spending power and threaten continued economic growth.

Were Pence to become president, we don’t know what economic policies he’d follow. But if he ended Trump’s trade wars and eliminated all the tariffs that Trump has imposed, it would relieve a burden that’s causing so many companies to lower their revenue and earnings forecasts.

And that would send stock prices soaring.