Saudi Arabia freezes new trade with Canada. Both UAE and Bahrain back the move 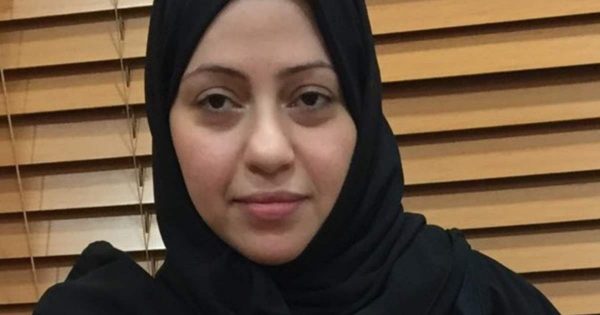 The Gulf Arab kingdom also recalled its ambassador and gave the Canadian ambassador 24 hours to leave the country, a Saudi foreign ministry statement said late on Sunday, adding it retained “its rights to take further action.”

The announcement carried on the official Saudi Press Agency caught diplomats in Riyadh off guard, a source with knowledge of the situation told Reuters, noting that both the Saudi and Canadian ambassadors were away on leave when it was made.

“The entire diplomatic community was surprised by the move,” the source said.

It was not immediately clear what effect, if any, the move would have on the two countries’ annual trade of nearly $4 billion and on a $13 billion defense contract awarded in 2014.

Canadian foreign ministry officials were not available for an immediate comment.

Saudi neighbor and ally Bahrain said hours later that it stood with the kingdom in the political row, without elaborating on whether it would also sever business ties with Canada.

“The Kingdom of Bahrain affirms its full solidarity with the Kingdom of Saudi Arabia…against anyone attempting to undermine its sovereignty,” the Bahraini foreign ministry said on Twitter.

On Friday, Canada said it was “gravely concerned” about the arrests of civil society and women’s activists in Saudi Arabia, including Badawi, the sister of jailed dissident blogger Raif Badawi.

“We urge the Saudi authorities to immediately release them and all other peaceful human rights activists,” Global Affairs Canada said on its Twitter feed. Raif Badawi’s wife Ensaf Haidar lives in Canada and recently became a Canadian citizen.

Most of those held campaigned for the right to drive and an end to Riyadh’s male guardianship system, which requires women to obtain the consent of a male relative for major decisions.

It is not the first time the kingdom has reacted strongly to criticism by foreign governments.

In May, German magazine Der Spiegel reported that Saudi Crown Prince Mohammed bin Salman had ordered the suspension of new government contracts to German companies, following months of strain between the two countries.

Riyadh had earlier recalled its ambassador to Germany for consultations and sent a protest note over comments the German foreign minister made about a political crisis in Lebanon.

It also recalled its ambassador to Stockholm and stopped issuing business visas to Swedes in 2015 following official criticism of its human rights record, prompting the end of the countries’ long-standing defense cooperation agreement.

“Saudi Arabia is shooting itself in the foot. If you want to open up your country to the world, you don’t start expelling ambassadors and freezing trade with countries such as Canada,” said Joost Hiltermann, regional program director for the International Crisis Group.

“Yet the leadership feels it faces an impossible choice: if opening up to the world means having to accept change, they want to impose and carefully control reforms, because they are deadly afraid of bottom-up change, for example via women activists. But this gets them in trouble with their Western partners.”

Saudi Arabia said it confirmed a commitment to refrain from intervening in the internal matters of other countries including Canada, and in return rejected any intervention in its domestic affairs and internal relations with its citizens.

“Any further step from the Canadian side in that direction will be considered as acknowledgment of our right to interfere in the Canadian domestic affairs,” the Saudi statement said.

According to the website of the Canada Saudi Business Council, the annual volume of trade between the two countries is about 14 billion Saudi riyals ($3.73 billion), consisting largely of Canadian investments in the kingdom and Saudi exports of petrochemicals, plastics and other products.

In 2014, the Canadian unit of U.S. weapons maker General Dynamics Corp (GD.N) won a contract worth up to $13 billion to build light-armored vehicles for Saudi Arabia, in what Ottawa said at the time was the largest advanced manufacturing export win in Canadian history.

The United Arab Emirates stands with Saudi Arabia “in defending its sovereignty” after the kingdom froze new trade and investment with Canada, Minister of State for Foreign Affairs Anwar Gargash said on Monday on Twitter.
Share: