Gays on strike in Israel over exclusion from surrogacy law 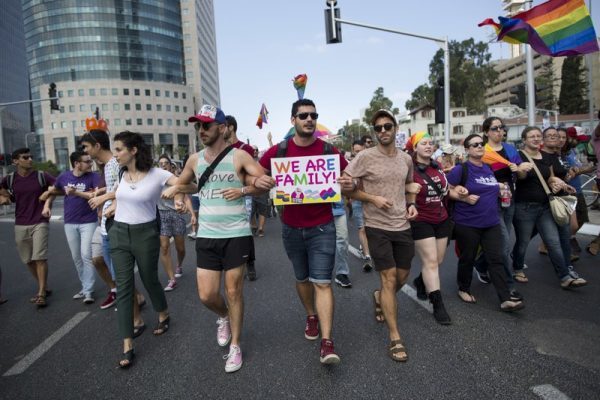 Tens of thousands of Israeli LGBT advocates and their supporters went on strike across the country Sunday, protesting the exclusion of gay men from a recently passed surrogacy law.
Share:

Protesters marched in Tel Aviv and other Israeli cities on Sunday, waving rainbow flags and briefly blocking a major highway.

The community is outraged that after Prime Minister Benjamin Netanyahu pledged to pass legislation supporting surrogacy for gay fathers, he then voted against it, apparently under pressure from his ultra-Orthodox Jewish coalition partners.

Eyal Lurie Pardes, a protester draped in a rainbow flag, chanted: “We will not remain silent!”

“Look me in the eyes and tell me I don’t deserve to be a father!” he said.

The protest has grown into a general call for equality, following other recent controversial legislation that appeared to target Israeli liberalism.

The protest has generated widespread support and hundreds of employers said they would allow employees to observe the strike without penalty.

Tel Aviv’s central Rabin Square was packed with tens of thousands of people for the main demonstration Sunday night.

Israel has emerged as one of the world’s most gay-friendly travel destinations in recent years, in sharp contrast to the rest of the Middle East where gays are persecuted and even killed.

In Israel, homosexuals serve openly in Israel’s military and parliament, and many popular artists and entertainers are homosexual.

However, leaders of the gay community say Israel still has far to go in promoting equality.