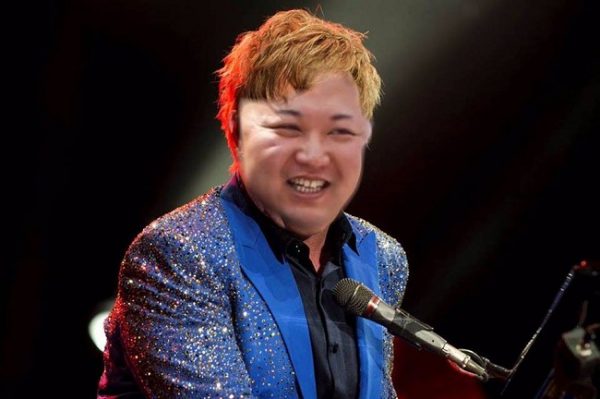 Secretary of State Mike Pompeo traveled to North Korea to Friday, his third trip to the region, as part of an effort to solidify agreements on denuclearization.

But the US’s top diplomat also planned to give Kim a gift: an Elton John CD featuring the song “Rocket Man.” Trump’s inspiration for the gift reportedly stemmed from a conversation he had with Kim during the summit, sources told the conservative South Korean news outlet, Chosun Ilbo.

“Trump then asked Kim if he knew the song and Kim said no,” one diplomatic source reportedly said.

Trump was said to have written a message on the CD and signed it, according to Chosun Ilbo.

At one of the lowest points in US-North Korean relations since Trump took office, the US president frequently called Kim “little rocket man” in Trump’s speeches and tweets in 2017.

“We can’t have madmen out there shooting rockets all over the place,” Trump said at the rally in Huntsville, Alabama. “This shouldn’t be handled now, but I’m gonna handle it because we have to handle it. ‘Little Rocket Man.'”

But while it appeared Trump was mocking Kim at the time, he reportedly told people at a Republican fundraiser in September that his nickname for Kim was intended to be a compliment.

On Thursday, Trump also mentioned Elton John during a campaign rally for Republican state auditor Matt Rosendale in Montana. Trump referenced the size of the crowds at his rallies and said he had “broken more Elton John records.”

Pompeo’s trip comes amid reports that various facilities at a North Korean nuclear complex are operating as usual, and a scathing US intelligence assessment that found the regime intended to “deceive” the US.

The assessment revealed that, in recent months, North Korea had upped its production of fuel for nuclear weapons at several secret sites. The officials said they believe Kim may be trying to conceal the secret facilities.

Despite the lingering questions, Trump expressed optimism about the efforts to curb North Korea’s nuclear ambitions.