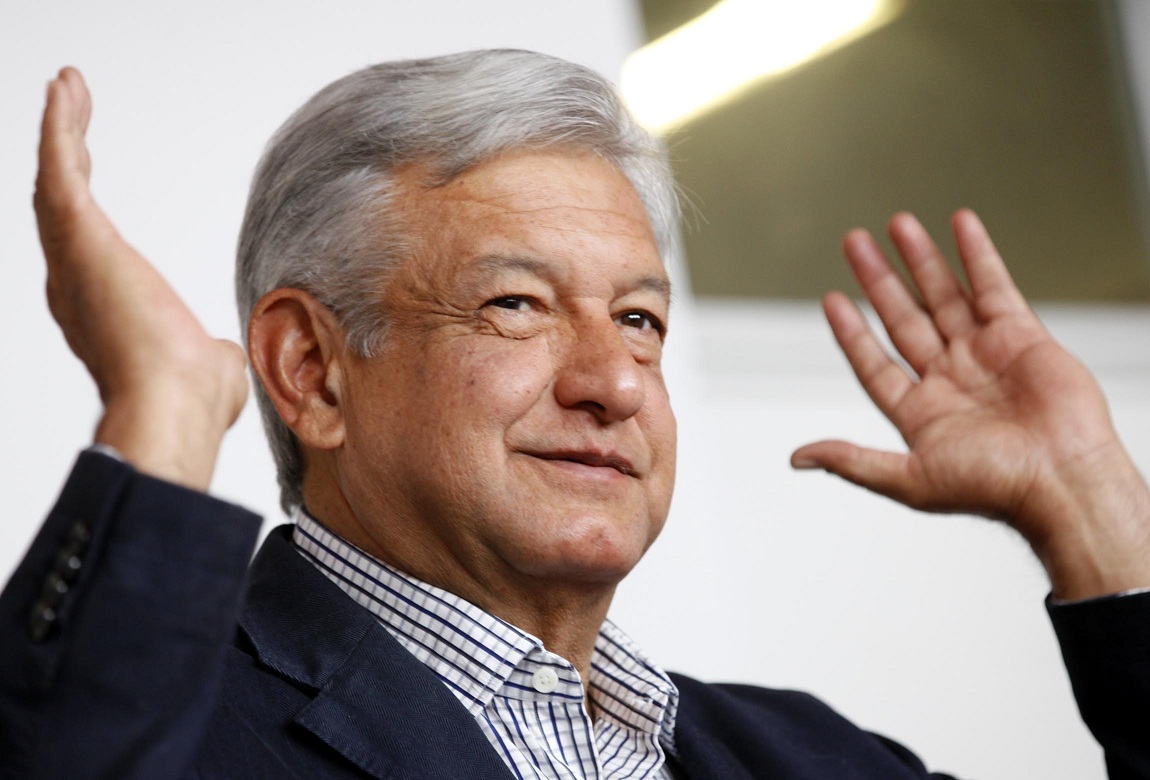 Who is Andres Manuel Lopez Obrador, the left-wing rebel tipped to take power?

Mexicans vote for a new president on Sunday in an election where the anti-establishment outsider is tipped to take power.

Commentators say the former Mexico City mayor, Andres Manuel Lopez Obrador – known as ‘Amlo’ – would inject a new dose of nationalism into government – something that could heighten tensions in already testy US-Mexican relations.

Mr Lopez Obrador has led opinion polls throughout the campaign in an election marred by violence, with 130 candidates and political workers killed since September. If he ousts the ruling centrist Institutional Revolutionary Party (PRI), he would be the first leftist in decades to take the presidency.

Runner-up in the 2012 and 2006 elections, Mr Lopez Obrador – who is a friend of Jeremy Corbyn – pitches himself as the only man capable of cleaning up a political class whose credibility has been ground down by persistent graft, soaring crime levels, and years of sluggish economic growth.

“The new president of Mexico will have moral and political authority to demand everyone behaves with integrity and make honesty a priority as a way of life,” Mr Lopez Obrador said in his campaign finale in a football stadium in the capital on Wednesday.

Campaigning relentlessly around Mexico for the past 13 years, Mr Lopez Obrador has watched political careers rise and fall as established parties were consumed by the country’s socio-economic problems and the responsibility of power.

“Let’s hope Mexico changes,” said Oswaldo Angeles, a supporter of Mr Lopez Obrador from Atlacomulco. The longstanding PRI bastion lies some 55 miles from Mexico City, and is the hometown of Mr Nieto. “Right now, we don’t know if we’re coming or going.”

A vocal opponent of the government’s economic agenda, his criticism has been tempered by business-friendly aides.

But he has played with the idea of referendums to resolve divisive issues like whether to continue with Pena Nieto’s opening of the oil and gas industry to private capital.

His rivals Ricardo Anaya, an ex-leader of the centre-right National Action Party (PAN) heading a right-left alliance, and PRI candidate Jose Antonio Meade, a former finance minister, differ only in nuance in their support of the energy reform.

Their efforts to catch Mr Lopez Obrador have been hampered by attacks on each other, allowing him to build a lead that some opinion polls have put in excess of 20 percentage points. They also represent the only two parties to have governed modern Mexico.

If victorious, Mr Lopez Obrador faces a tougher security situation than did Mr Nieto. The election campaign has been the bloodiest in recent history and murders are at record highs.

The next president will also inherit a simmering dispute with US counterpart Donald Trump over migration and trade. Talks to rework the North American Free Trade Agreement (Nafta) are unresolved, which put pressure on the Mexican peso.

Mr Trump has threatened to pitch North America into a costly trade war over Nafta, and his insistence that Mexico pay for his planned border wall has deeply angered many Mexicans.

Mr Lopez Obrador has trodden carefully and wants to broker a deal with Trump under which Mexico would work to rein in illegal immigration in return for economic support.

How much heft Mr Lopez Obrador can bring to bear both domestically and internationally will depend significantly on his control of Congress, where no party has held an outright majority since 1997 in Latin America’s second biggest economy.

Polls suggest his National Regeneration Movement (Morena), a party that has only existed formally since 2014, could be close to reaching a majority. However, markets may react negatively if voters give him too free a hand in Congress.

Mr Lopez Obrador has been a divisive figure in Mexico since bringing much of the capital to a standstill for weeks with massive demonstrations to protest his 2006 election loss.

His commanding poll lead this time around has led analysts to question how deep-rooted the support really is.

Or, as Sofia Lara, a graphic designer in Mexico City said: “There’s a sense of poor old (Lopez Obrador), he’s not had a go yet, it’s his turn. We may as well give it a shot.”