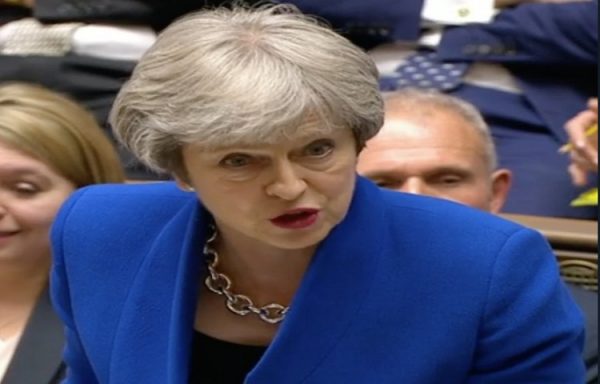 British Prime Minister Theresa May on Wednesday said images of children being held in cages in U.S. migrant detention facilities were deeply disturbing and that Britain did not approve of separating migrant families.

“The pictures of children being held in what appear to be cages are deeply disturbing. This is wrong, this is not something that we agree with, this is not the United Kingdom’s approach,” May told parliament.