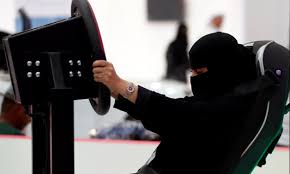 Saudi Arabia has arrested at least five people, mostly women who previously agitated for the right to drive and an end to the kingdom’s male guardianship system, rights activists said on Friday.

Last year’s decision to end a decades-old ban on women driving cars, set to come into effect next month, has been hailed as proof of a new progressive trend in the deeply conservative Muslim country under reform-minded Crown Prince Mohammed bin Salman.

But it has also been accompanied by an apparent crackdown on dissent against critics, ranging from Islamist clerics to some of the very women who campaigned for years to end the ban.

One of the rights activists, who spoke to Reuters on condition of anonymity for fear of reprisals, said the latest arrests were tied to advocacy for women driving: “They detained them because they do not want them to publicly claim success.”

Government spokesmen did not immediately respond to requests for comment.

Women will be allowed to drive starting on June 24. The authorities have opened driving schools in preparation, instituted new regulations and hired women traffic police.

Activists and analysts say, however, that the government is keen to avoid rewarding activism, which is forbidden in the absolute monarchy, and seems determined not to antagonize sensitivities of religious conservatives opposed to modernization.

Women who previously participated in protests against the ban told Reuters last year that two dozen activists had received phone calls instructing them not to comment on the decree.

Some of those arrested this week spoke out about the ban after the decision, though it was not clear what specifically led to their arrest nor what charges, if any, had been made against them.

Dozens of clerics seen by the government as dabbling in politics were detained in September, a move that appears to have paved the way for lifting the driving ban.

Ending the ban is part of the kingdom’s Vision 2030 reform program aimed at diversifying the economy away from oil and opening up Saudis’ cloistered lifestyles.

Prince Mohammed, 32, is the face of that change. Many young Saudis regard his recent ascent to power as proof their generation is taking a central place in running a country whose patriarchal traditions have for decades made power the province of the old and blocked women’s progress.