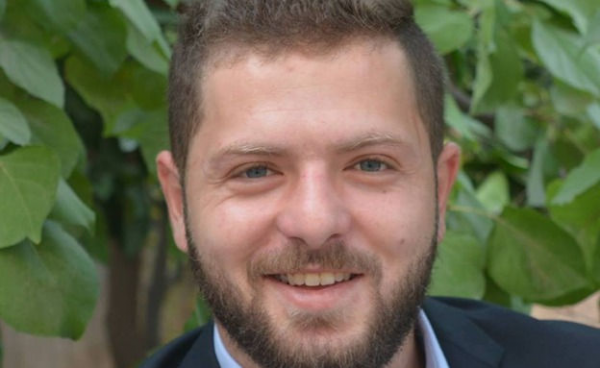 Ahmed al Jarrar the Palestinian teen that was killed by Israeli troops during an arrest raid . The hospital said he was shot in the head
Share:

Israeli soldiers shot and killed a Palestinian teenager during an arrest raid in the village of Burqin in the occupied West Bank, Palestinian health officials said on Saturday.

A Reuters witness said about 200 Palestinians were throwing stones at Israeli military vehicles when a gunshot was heard, adding that a wounded person was then carried to a car.

Israel’s military said its forces had been searching in Burqin for suspects involved in the fatal drive-by shooting of an Israeli rabbi from a nearby settlement on Jan. 9.

A military spokeswoman said rioting had broken out while troops were apprehending several suspects connected with that shooting and troops responded with non-fatal “riot dispersal means” against Palestinians throwing rocks and firebombs and then with live gunfire at the main instigators.

The Palestinian Health Ministry said the teenager killed on Saturday was 19 years old, while the hospital in Jenin where he was taken said he had been shot in the head.

The Israeli military spokeswoman said he had climbed onto a military vehicle and had opened its door before he was shot.

Israeli forces in the adjacent city of Jenin last month shot and killed a Palestinian gunman whom they had also suspected of involvement in the rabbi’s shooting.

Tensions in the region have risen since U.S. President Donald Trump recognized Jerusalem as Israel’s capital in December. Since then at least 20 Palestinians and one Israeli have been killed.

Trump’s reversal of decades of U.S. policy enraged Palestinians, who want to create an independent state in East Jerusalem, the West Bank and the Gaza Strip.

Israel captured those territories in the 1967 Middle East War and annexed East Jerusalem in a move not recognized internationally. It says the entire city is its eternal, indivisible capital. It pulled out of Gaza in 2005.

U.S.-led peace talks between Israel and the Palestinians broke down in 2014. A bid by Trump’s administration to restart negotiations has shown no real signs of progress.