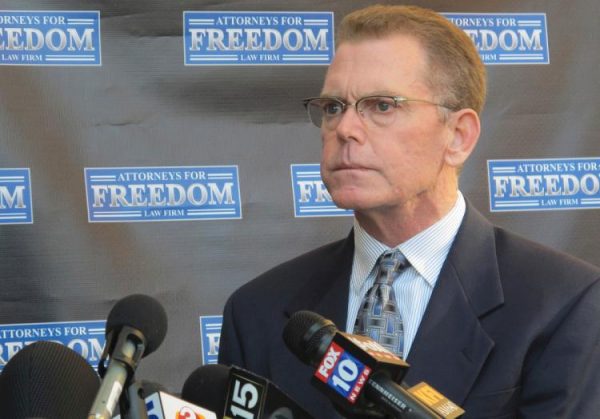 Douglas Haig held a press conference Friday after he was charged with manufacturing armor-piercing bullets and selling to the Las Vegas gunman who killed 58 people and injure hundreds more. Haig compared his sale to “somebody who may have cooked a hamburger ” for the killer
Share:

Fingerprints linked the bullets to Haig, who was not licensed to manufacture armor-piercing ammunition, according to a complaint filed Friday in federal court in Phoenix. It’s unclear whether they were used in the attack.

Haig was charged just before he held a news conference Friday.

He told reporters his customer was well dressed, polite, and didn’t raise any suspicions.

Haig and his attorney, Marc Victor, held a press conference Friday after Haig was identified as a person of interest in police documents released Tuesday. 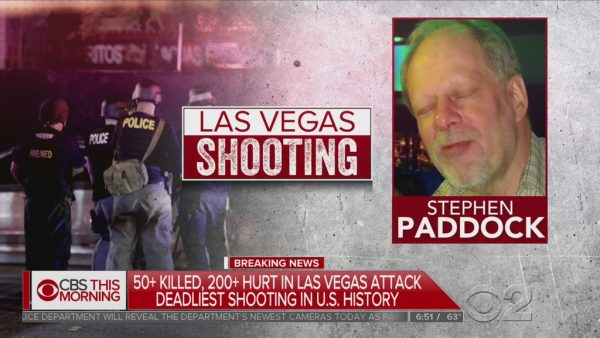 Haig said he has received death threats since his name was revealed.

Victor insisted Haig’s interaction with the gunman was extremely limited.

“This was a routine transaction to purchase a routine ammunition,” Victor said at a news conference Friday. “After that transaction, Doug had absolutely no further contact with Mr. Paddock.”

Haig also denied having in any way contributed to the deadliest mass shootingin modern U.S. history.

“I had no contribution to what Paddock did. I had no way to see into his mind. The product that I sold him had absolutely nothing to do with what he did. I’m a vendor, a merchant whose name was released,” he told reporters.

Victor compared his client’s contribution to the tragedy to that of “somebody who may have cooked a hamburger for Mr. Paddock that day before he went and did what he did.”

He added that “none of his ammunition was used” in the shooting.

Haig doesn’t believe Paddock used the tracer bullets — which contain a pyrotechnic charge that illuminates the path of fired bullets — he sold him to gun down 58 people and injure hundreds more.

“You would have seen red streaks coming from the window,” Haig said, referring to Paddock’s perch from a Mandalay Bay Resort and Casino hotel room.

Haig, an aerospace engineer who sells ammunition as a hobby, says he has stopped selling it for the moment.

He said he felt sick when he first heard from federal agents several days after the attack.

He said he was “horrified that this man would do something like that,” and called the news  “probably one of the most horrible things I’ve ever been told or heard of.”

Haig claims Paddock told him he wanted the ammunition to “put on a light show” with friends in the desert.

“He said that he was going to go out and shoot it at night with friends,” Haig said.

Haig said nothing out of the ordinary occurred during the brief transaction.

“He told me what he wanted, I gathered it up, put it in a box. Told him what he owed me. He paid me, put it in his car and drove away,” Haig said. “At no time did I see anything suspicious or odd or any kind of a tell. Anything that would set off an alarm.”

Federal agents identified Haig through a box with his name on it found in the gunman’s hotel room.

“I think they were hoping to find somebody who was in collusion with him. And my name was on a box in his room and they were hoping I was tied into it…And nothing could be further from the truth,” Haig said.