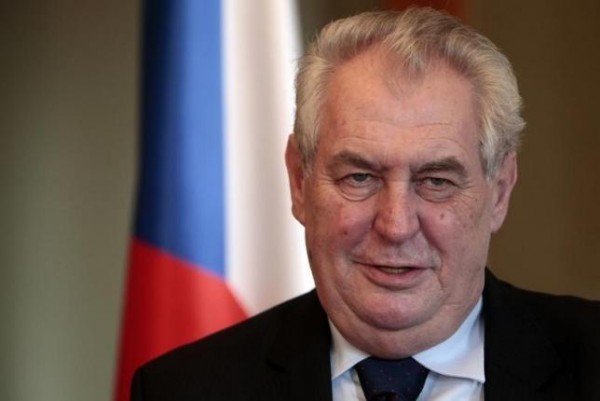 Zeman is considered a leading pro-Russian voice in EU politics, and his views on the conflict in Ukraine, as well as the migrant crisis, diverge sharply from the European mainstream. He has called Russia’s annexation of the Crimean Peninsula irreversible.

Zeman has also exploited widespread fear of migration among Czechs and has been trying to present Drahos as someone who would welcome migrants, charges his opponent denies. He has linked attacks in Europe to the ongoing influx of migrants, called the immigration wave an “organised invasion” and repeatedly said that Islam is not compatible with European culture.

The run-off vote comes amid a wider political crisis as billionaire populist Prime Minister Andrej Babis is fighting police charges of EU subsidy fraud that are hampering his ability to form a government.

Zeman took pole position in a field of nine candidates in the January 12-13 first round vote, garnering 38.56 percent of the ballot. Drahos, a former head of the Czech Academy of Sciences (CAS), scored 26.60 percent.

Although largely ceremonial, the Czech president’s role is influential. He can name the prime minister and government, central bank board members, judges and university professors, and sign bills passed by parliament into law.