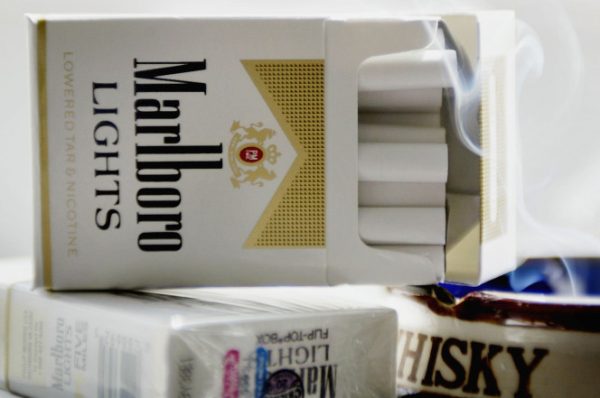 Philip Morris International has made a dramatic New Year’s resolution: “We’re trying to give up cigarettes.”
Share:

Tobacco giant Philip Morris says it has a New Year resolution: to try to ‘give up’ cigarettes. Kate King asks whether its latest UK ad campaign is more than just a publicity stunt.

The maker of such cigarette brands as Marlboro, L&M, Parliament and Chesterfield took out full-page ads in several newspapers in the United Kingdom that said its new ambition in 2018 is to build a smoke-free future and eventually stop selling cigarettes.

The manifesto, as described on the company’s web site, is to help people quit smoking traditional cigarettes and to one day replace them all with smoke-free alternatives like e-cigarettes and heated tobacco products.

The company claims the alternatives are less harmful and that “we can achieve a significant public-health benefit only when a large number of these smokers switch from cigarettes to better products.”

The Philip Morris ad states: “No cigarette company has done anything like this before. You might wonder if we really mean it.”

The World Health Organization has asked that question as well. The United Nations health agency has refused to partner with The Foundation for a Smoke-Free World which is funded by Philip Morris International.

“The tobacco industry and its front groups have misled the public about the risks associated with other tobacco products,” the World Health Organizations said in a September 2017 statement.