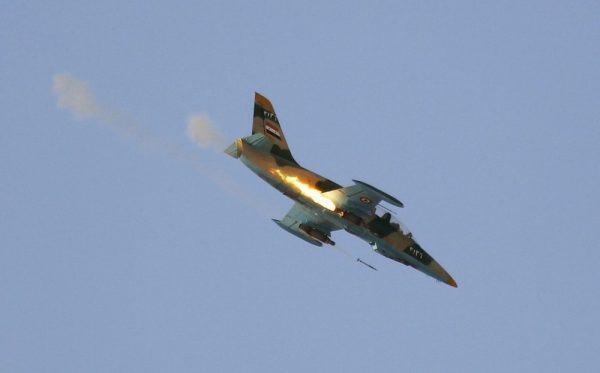 A source said the militants were searching for another pilot they believed had survived the crash.

#Syria #Hama #NorthernHama #NorthEasternHama #NorthEastHama BRAND NEW VIDEO OF TERRORIST JIHADIST WITH THE DEAD SYRIAN AIR FORCE PILOT WHO’S L-39 WAS SHOT DOWN 15 Minutes Ago (Might have been Killed after he landed and was captured) pic.twitter.com/5KvSlC7myn


Syria’s air force and army, supported by Russian air power and Iranian-backed militias, have stepped up an offensive in Hama in recent weeks, pushing north toward the rebel stronghold of Idlib.

Aid workers and witnesses say dozens of civilians have been killed in towns and villages away from the front lines.

According to reports, the warplane crashed in the area between the villages of Hamdaniyah and Haraytan.