U.S. cuts funding to UN after losing the Jerusalem vote 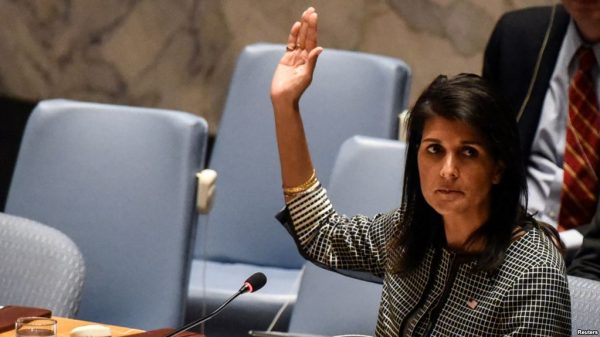 U.S. Ambassador to the United Nations Nikki Haley announced Sunday that the United States had slashed the U.N.’s budget by more than $285 million for fiscal 2018.

Haley called the cuts a “historic reduction” that will help with the organization’s “bloated management.”

“The inefficiency and overspending of the United Nations are well known,” Haley said in a statement from the U.S. mission. “We will no longer let the generosity of the American people be taken advantage of or remain unchecked.”

Haley said she was “pleased” with the result’s of the budget negotiations, adding, “[Y]ou can be sure we’ll continue to look at ways to increase the UN’s efficiency‎ while protecting our interests,”

The former South Carolina governor has become a force at the United Nations, telling the 193-member General Assembly the United States would be “taking names” of who voted to denounce President Trump’s recognition of Jerusalem as Israel’s capital.

“The United States will remember this day in which it was singled out in this assembly for the very act of exercising our right as a sovereign nation,” Haley said ahead of last week’s vote. “We will remember it when, once again, we are called up to make the world’s largest contribution to the UN, and we will remember it when many countries come calling on us to pay even more and to use our influence for their benefit.”

A total of 128 countries voted in favor of the resolution denouncing the Trump administration’s announcement. Another nine voted no, 35 abstained and 21 did not show up for the vote.