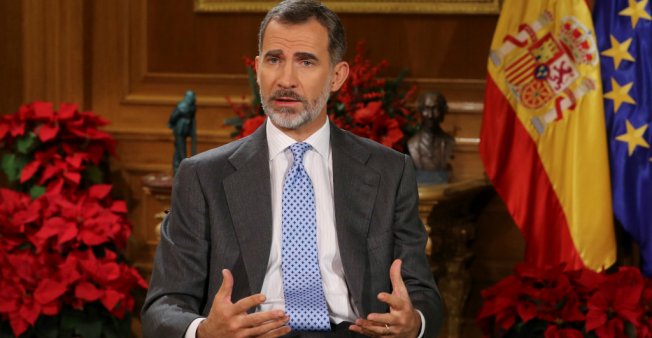 “The way forward cannot once again lead to confrontation or exclusion that, as we now know, only generates discord, uncertainty, anguish,” the Spanish monarch said in a televised speech.

The king gave the address four days after regional parliamentary elections resulted in separatist parties being voted back into power. Spain’s prime minister, Mariano Rajoy, had dissolved the previous parliament after it voted in October to declare Catalonia an independent republic, but saw his hopes dashed that separatists would not regain a majority of seats.

“2017 for Spain has been, without a doubt, a difficult year for our commonwealth, a year marked, above all, by the situation in Catalonia,” Felipe said. “(Catalonia’s) leaders must face the problems that affect all Catalans, respecting their diversity and thinking responsibly in the common good.”

The king’s last televised address was on Oct. 3, two days after Catalonia’s regional government disobeyed a court injunction and held a referendum on secession. The king harshly criticized the Catalan government as disloyal.

His tone was more conciliatory on Sunday, when he recognized that while Spain had grown into a fully integrated member of the European Union, “not everything was a success” in recent decades.

He insisted on recovering the “harmonious coexistence at the heart of Catalan society, in all its diversity, so that ideas don’t divide or separate families and friends.”