Abbas:Palestinians will no longer work with US on Mideast peace, since it is not an honest broker 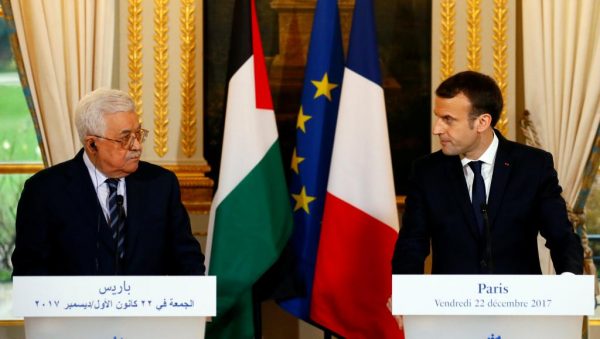 After talks with French President Emmanuel Macron, Abbas urged France and Europe to play a stronger role in peace efforts instead.

Macron was careful not to take sides, saying “the American mistake was to want to unilaterally manage from afar a situation whose solution is in the hands of the Israelis and Palestinians.”