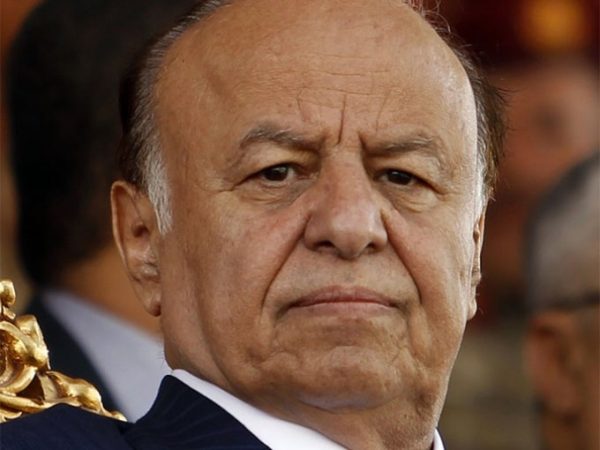 Yemen’s President Abed Rabbo Mansour Hadi has urged Yemenis to unity against the country’s Shiite Houthi rebels, describing them as “Iranian militias” and a “nightmare.” embattled

Hadi, who has been self-imposed exile in Riyadh in recent past years, delivered his televised speech hours after the Houthis killed their onetime ally, former president Ali Abdullah Saleh.

Saleh’s forces and Houthis joined ranks in 2014 against Hadi’s government, forcing him to seek military intervention by his Gulf neighbors. When the Saleh-Houthi alliance began to unravel, Hadi offered the opportunity of a fresh start in relations with Saleh, days before his death.

“Yemen is passing through a decisive turning point that needs our unity and steadfastness in the face of these sectarian militias,” Hadi said, referring to the Houthis.

He offered condolences for the death of Saleh, describing him and others who were killed in the past days of clashes as “martyrs.”

“Let’s put our hands together to end this nightmare,” said Hadi, who succeeded Saleh in 2012. He added that government forces would support an “uprising” against the Houthis in Sanaa.