North Korea rejoins Sudan, Syria and Iran on the US list of ‘State Sponsors Of Terrorism’ 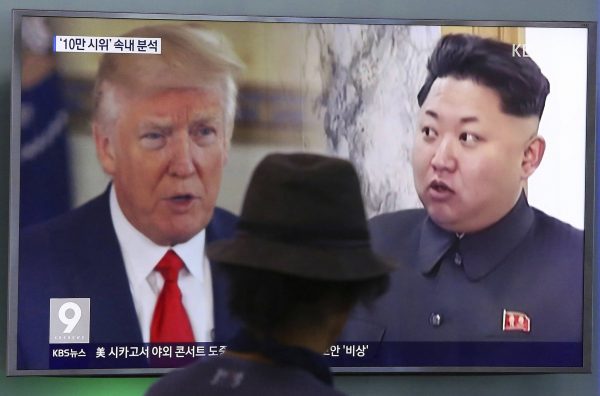 On Monday, during a Cabinet meeting at the White House, Trump announced that the United States is re-designating North Korea as a state sponsor of terrorism, nine years after it was removed from the list by former President George W. Bush in 2008.

The Democratic People’s Republic of Korea will rejoin Sudan, Syria, and Iran on that list, as nations that the US State Department describes as having “repeatedly provided support for acts of international terrorism.” Those on the state sponsors of terrorism list have constraints on U.S. foreign assistance, a ban on defense exports and sales, and other restrictions.

North Korea originally made the list in 1987 after Pyongyang agents, at Kim Jong-il’s instruction, destroyed a South Korean passenger jet, killing all 115 people on board. In 2008, former President George W. Bush removed the nation from the official State Department terror list in hopes that his actions would bring North Korea’s nuclear program to an end. But North Korea has continued to secretly develop nuclear weapons since then.

Trump has previously condemned former President Barack Obama’s “strategic patience” policy towards North Korea, but with this measure, has publicly put an end to it. It may be safe to say that Trump’s hopes of becoming Kim Jong-un’s friend are officially dashed.

The formal designation will come tomorrow, Tuesday, from the US State Department along with an “additional sanction, and a very large one, on North Korea.” The sanctions are expected to come into place over the next two weeks and will be “the highest level” of sanctions imposed on North Korea ever, according to Trump.

Describing Pyongyang as “a murderous regime,” President Trump stated that North Korea “must end its unlawful nuclear and ballistic missile development” and cease “all its support for international terrorism.”