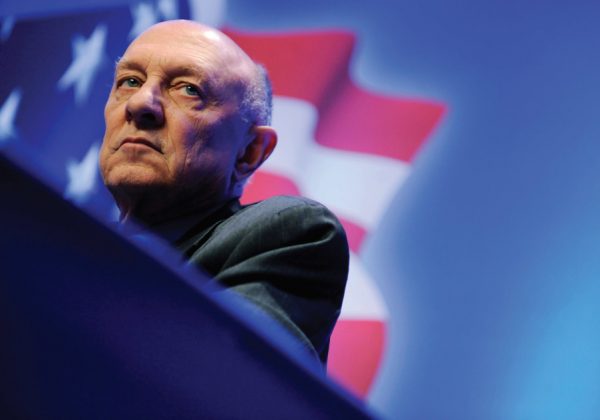 Former CIA director James Woolsey was quoted as saying in an interview that “the US should destroy virtually all of the Islamic Revolutionary Guard Corps infrastructure as well as Iran’s nuclear facilities to reduce its terrorist and nuclear threats”, Israeli newspaper Jerusalem Post reported on Monday .

“The next time the IRGC looks cross-eyed at us… we should turn loose six to 12 MOAB [GBU-43/B Massive Ordnance Air Blast] bombs on their facilities,” said Woolsey, who was CIA director from 1993 to 1995 during the Clinton administration.

MOAB bombs, with 18,000 pounds of TNT, usually referred to as Mother Of All bombs are the second-largest conventional weapon in the US arsenal, and the largest ever used, after one was dropped on a suspected Islamic State target in Afghanistan in April.

“Given what a source of terrorism the IRGC is… instead of talking and proportionality – the hell with proportionality. We should destroy virtually everything we can that has to do with the IRGC,” he told Jerusalem Post