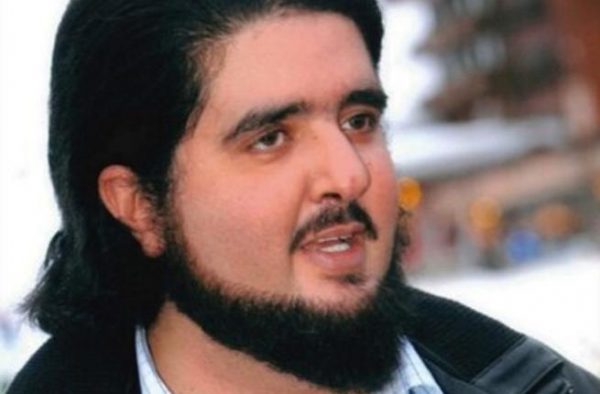 A Saudi prince is thought to have been killed in a firefight while resisting arrest as part of the kingdom’s anti-corruption purge.

It comes just 24 hours after another of Riyadh’s royals died in a helicopter crash along with government ministers.

Local media in the Gulf are reporting Prince Abdul Aziz bin Fahd, 44, was shot dead by authorities trying to arrest him as part of the anti-corruption sweep.

It was also reported in The Duran, who said Prince Abdul Aziz was ‘deeply involved’ in Saudi Oger Ltd, a company that was once owned by the family of Saad Hariri who resigned as Lebanese Prime Minister on the weekend.

The company ceased trading in the summer, fuelling speculation the Saudis forced Hariri to quit.

If confirmed, Prince Abdul will be the second royal in the kingdom to die in 24 hours.

A helicopter carrying a high-ranking Saudi prince and other government officials crashed Sunday in the kingdom’s south, reportedly killing all eight people aboard.

The Saudi Interior Ministry said early Monday that the crash happened in Saudi Arabia’s Asir province as the official took part in a tour of local projects near Abha, some 160 kilometers (100 miles) from the border with Yemen.

The Saudi-owned satellite news channel Al-Arabiya, based in Dubai, reported that the crash killed Prince Mansour bin Muqrin and seven others.

Prince Mansour was the deputy governor of Asir province.

He was also the son of Prince Muqrin bin Abdulaziz, a former intelligence service director and one-time crown prince. Prince Muqrin was removed as crown prince in April 2015 by his half brother King Salman in favor of Prince Mohammed bin Nayef, a counterterrorism czar and interior minister.

All these moves have cemented the young crown prince’s position in power.

The arrests late Saturday of dozens of the country’s most powerful princes, military officers, influential businessmen and government ministers in a purported anti-corruption campaign have further cemented his control.

Although 11 princes and 38 former government ministers have been detained in the crackdown, the anti-corruption drive is expanding further.

Saudi Arabia’s central bank has ordered the detainees’ accounts to be frozen but have also added dozens of names to their list, according to Bloomberg.

As a result, $25billion of personal wealth belonging to those arrested is at risk of being seized along with property and assets.

Saudi billionaire Prince Al-Waleed bin Talal – who is one of the richest men in the world and owns the British capital’s top hotel the Savoy – is one of the men who has been detained.

The Saudi information ministry also stated the government would seize any asset or property related to the alleged corruption, meaning London’s Savoy hotel could become state property in the kingdom.

Saudi Arabia has been leading a military coalition against Yemen’s Houthi rebels since March 2015.

Security officials gave no cause for the crash, but said a search of the wreckage was underway.

In Yemen, Houthi officials offered no immediate comment on the crash, while the group’s Al-Masirah satellite news channel reported only that the crash had occurred.

According to local reports, Prince Al-Waleed bin Talal is one of the men who has been detained

With his sweeping royal purge, Saudi Arabia’s future king has upended a decades-old system of governance adopted by previous rulers in what analysts describe as a bold but risky power play.

Dozens of political and business figures were arrested at the weekend in what Saudi authorities have dubbed an anti-corruption swoop, including billionaire Prince Al-Waleed bin Talal, while powerful royals such as the national guard chief were sacked.

The dramatic clampdown on business figures could deal a blow to investor confidence,

The purge underscores an unprecedented restructuring of the kingdom as Prince Mohammed dismantles a governance model involving consensus within the royal family, while he amasses extraordinary power.

‘The structure of dynastic rule established over the past few decades is being reshaped into a more centralised monarchical system,’ said Jane Kinninmont, of London-based think tank Chatham House.

‘MBS is disrupting the model of Saudi government,’ Kinninmont said using an acronym widely used for the crown prince.

Saudi authorities hailed the dramatic crackdown as a bold initiative to root out corruption.

But analysts question whether the issue serves as a guise for Prince Mohammed to consolidate power by eliminating rivals opposed to his reform drive and eventual succession as king.

‘The dismissals and detentions suggest that Prince Mohammed rather than forging alliances is extending his iron grip to… counter opposition,’ said James Dorsey from Singapore’s S. Rajaratnam School of International Studies.

‘It raises questions about the reform process that increasingly is based on a unilateral rather than a consensual rewriting of the kingdom’s social contract.’

Prince Mohammed’s supporters lionise him as an enlightened disrupter of the status quo as he pursues dramatic social and economic reforms to modernise the kingdom and prepare for a post-oil era.

His anti-graft campaign follows other bold moves, including a royal decree allowing women to drive from next June and clipping the powers of the religious police.

His ambitions were on display at an investor summit in Riyadh two weeks ago, where global business titans were shown blueprints for multibillion dollar projects, including a futuristic megacity with robots and driverless cars.

The venue of the summit, Riyad’s Ritz Carlton hotel, is now rumoured to be the site where many of the arrested elites are being held.

‘The anti-corruption sweep has included individuals who had been seen as potential sources of resistance to elements of MBS’s various projects,’ said Kinninmont.

The sweep has triggered uncertainty among businesses at a time when the kingdom is seeking to attract badly needed investments amid a protracted oil slump.

Among those being held, aside from Prince Al-Waleed, is Waleed al-Ibrahim, owner of the influential Arab satellite network MBC, as well as construction tycoon Bakr Bin Laden and billionaire Saleh Kamal.

Research firm Capital Economics said the arrests could deal a short-term ‘blow’ to the economy as opposition towards Prince Mohammed builds, potentially threatening his reform drive.

Geneva’s Mirabaud Securities warned that the purge, including the arrest of Prince Al-Waleed who has invested billions in companies around the world, could spook the private sector in the short term and ‘intensify capital flight’ from Saudi Arabia.

But seemingly unfazed, government social media channels have replayed a months-old interview with Prince Mohammed in which he stressed that neither ministers nor business tycoons will be spared if found guilty of corruption.

It is a message that resonates with the masses who seethe over a culture of privilege among old-generation royals.

‘Cynics calling it a power grab but actually power had been already consolidated,’ tweeted Ali Shihabi, director of the Washington-based Arabia Foundation who is said to be close to the establishment.

‘This is about reshaping elite behavior by picking high profile symbols. (Its) message is that house cleaning starts at the top.’

But experts warn that the purge could trigger a backlash especially as Prince Mohammed seeks to consolidate his control over the security services.

He ousted Prince Miteb bin Abdullah, the 64-year-old son of the late king Abdullah, as the head of the Saudi Arabian National Guard.

The internal security force has long been seen as a local of tribal power and a stronghold of king Abdullah’s family.

In June, he also toppled the previous crown prince Mohammed bin Nayef, ousting him from the interior ministry.

‘Such dramatic changes are bound to meet some resistance and opposition,’ Kinninmont said.

‘Since there are few permitted avenues for expressing opposition and criticism in Saudi Arabia, (we) inevitably wonder whether opposition is brewing behind the scenes.’

The Saudi prince who was thought to have been killed in a firefight while resisting arrest as part of the kingdom’s anti-corruption purge is ‘alive and well’, according to the government.

Local media in the Gulf earlier reported Prince Abdul Aziz bin Fahd, 44, was shot dead by authorities trying to arrest him as part of the anti-corruption sweep.