Trump Seeks to End Visa Program He Blamed for Allowing New York Attacker in the U.S. 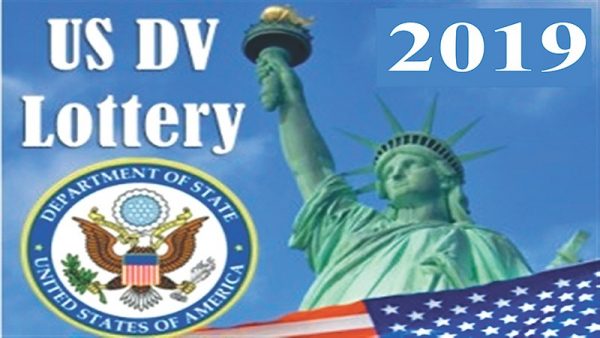 Registration for the 2019 Diversity Visa (DV) program will open on October 3 the US Department of State has announced. President Trump seeks to end this visa program which he blamed for allowing New York attacker in the U.S.
Share:
President Trump said on Wednesday that he would consider sending the suspect arrested after the terrorist attack in New York to the American prison at Guantánamo Bay, Cuba, and called on Congress to cancel a longstanding immigration program that he blamed for allowing the man into the country.

The president’s comments came at the beginning of a cabinet meeting a day after an immigrant from Uzbekistan plowed a pickup truck along a crowded bicycle path in Manhattan, killing eight people. Asked by reporters if he would send the suspect to Guantanamo, Mr. Trump said, “I would certainly consider that.”

“Send him to Gitmo, I would certainly consider that, yes,” Mr. Trump said.

No one arrested on American soil has ever been sent to Guantánamo Bay, and no one captured on foreign soil has been sent there since 2008. Transferring the suspect from New York would raise a host of constitutional and legal issues, and it was not clear that Mr. Trump actually would follow through on the idea since his comment was in reaction to a question rather than part of his prepared remarks.

The remarks he had outlined in advance focused on immigration. “I am today starting the process of terminating the diversity lottery program,” he said. “I am going to ask Congress to immediately initiate work to get rid of this program.”

The president also promised to toughen sentences against terrorists but did not specify how. “We need quick justice and we need strong justice, much quicker and much stronger than we have right now,” he said. “Because what we have right now is a joke and it’s a laughing stock.”

Mr. Trump’s comments came hours after he blamed the attack on Senator Chuck Schumer, the senior lawmaker from New York and the Democratic leader in the upper chamber, because he supported the diversity visa program enacted 27 years ago.

Mr. Schumer responded from the floor of the Senate, noting that after the attacks of Sept. 11, 2001, President George W. Bush brought Mr. Schumer and Hillary Clinton, then the other Democratic senator from New York, to the White House to demonstrate national unity.

“President Trump, where is your leadership?” Mr. Schumer asked. “President Trump, instead of politicizing and dividing America, which he always seems to do at times of national tragedy, should be bringing us together and focusing on the real solution — antiterrorism funding — which he proposed cutting in his most recent budget.”

At a news conference updating the public about the attack, Gov. Andrew M. Cuomo of New York chided Mr. Trump for his tweets, saying they “were not helpful,” were not “even accurate” and “tended to point fingers and politicize the situation.”

“You play into the hands of the terrorists to the extent that you disrupt and divide and frighten people in this society,” said Mr. Cuomo, who is a Democrat. “And the tone now should be the exact opposite by all officials on all levels. This is about unification, this is about solidarity.”

The diversity visa program cited by Mr. Trump was created in 1990 by a bill supported by Mr. Schumer, passed by bipartisan votes and signed into law by a Republican president, George Bush. Mr. Schumer supported getting rid of the program as part of a comprehensive plan to overhaul the nation’s immigration laws crafted by eight lawmakers and passed by the Senate in 2013. But the plan was blocked in the House by Republicans who objected to other elements of the plan that they considered too permissive.

Senator Jeff Flake, a Republican from Arizona who has broken with Mr. Trump, came to Mr. Schumer’s defense on Wednesday. “Actually, the Gang of 8, including @SenSchumer, did away with the Diversity Visa Program as part of broader reforms,” Mr. Flake wrote on Twitter. “I know, I was there.”

Democrats on Wednesday noted that Mr. Trump was quick to assail his political opponents and immigration policies less than 24 hours after the New York attack, even though his own White House declared it unseemly to talk about gun control policies in the immediate aftermath of the massacre in Las Vegas, in which a heavily armed American citizen shot and killed 58 people and injured hundreds of others.

“This is an unspeakable tragedy. Today is a day for consoling of survivors and mourning those we lost,” Sarah Huckabee Sanders, the White House press secretary, said at the time, scolding those who called for more gun control. “There is a time and place for political debate, but now is a time to unite as a country.”

Authorities called the attack in New York on Tuesday evening the city’s deadliest terrorist incident since Sept. 11. The driver, who shouted “Allahu akbar,” was shot by a police officer and was in critical condition on Tuesday night. The suspect was identified as Sayfullo Saipov, who came to the United States in 2010 from Uzbekistan and has a green card that permits permanent legal residency.

Mr. Trump was evidently referring to a policy that creates a class of immigrants called “diversity immigrants” from countries with historically low rates of immigration to the United States. About 50,000 diversity visas are distributed annually among six geographic regions, and no single country receives more than 7 percent of the available visas in one year, according to the State Department website.

The program has been a target of conservatives, who proposed eliminating it in legislation endorsed by Mr. Trump that would crack down on legal immigration. The legislation would slash legal immigration to the United States in half within a decade by sharply curtailing the ability of American citizens and legal residents to bring family members into the country.

The Department of Homeland Security confirmed that Mr. Saipov came into the country through the diversity visa program.

Mr. Trump, who during last year’s campaign called for a complete ban on all Muslims entering the United States, has long sought to close the borders to many outsiders. He has signed several versions of a travel ban aimed mainly at countries with Muslim majorities even as courts repeatedly intervened. He has embraced plans to cut the number of refugees allowed into the country as well as legal immigrants.

Mr. Saipov came from Uzbekistan, which was not among the countries targeted by Mr. Trump’s travel restrictions. A former Soviet republic, it has over the years hosted American and other Western military forces as part of the war in neighboring Afghanistan, although it forced the United States to close a base there in 2005 after a human rights dispute following a massacre.

Likewise, Mr. Trump seemed to suggest Uzbekistan was part of Europe instead of Central Asia.

The attack on Mr. Schumer offered a timely way for Mr. Trump to change the subject from the special counsel investigation that unveiled its first criminal charges this week against three campaign advisers to Mr. Trump. It also served to reassure Mr. Trump’s conservative base, which was nervous after the president seemed to find common cause with “Chuck and Nancy,” meaning Mr. Schumer and Representative Nancy Pelosi of California, the House Democratic leader.

After Tuesday evening’s attack in New York, other Republicans pressed Mr. Trump to dispense with legal protections for the suspect in New York and declare him an enemy combatant. Senator Lindsey Graham, Republican of South Carolina, and a onetime critic of Mr. Trump who has lately become an ally, praised the president’s tough stance.

“The one thing I like about President Trump, he understands that we are in a religious war,” Mr. Graham told Fox News on Tuesday night, before the president’s Twitter posts about Mr. Schumer and immigration. “And to the American people, we are fighting people who are compelled by their religious views to kill us all. They kill fellow Muslims who don’t agree with their view of Islam. They kill Christians, vegetarians, libertarians, you name it. So we’re in a war.”