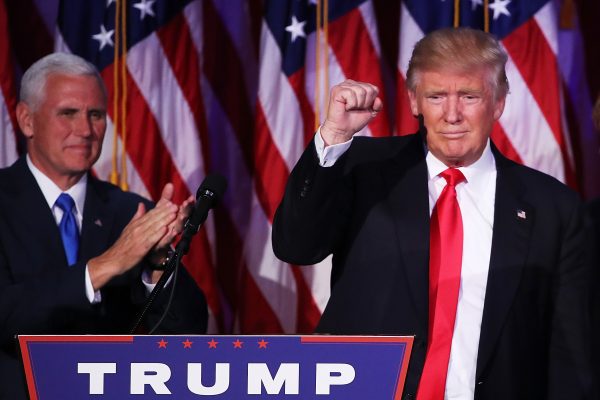 More than half of Americans don’t think Donald Trump is fit to serve as president, yet he has a clear path to winning reelection. If Trump isn’t removed from office and doesn’t lead the country into some form of global catastrophe, he could secure a second term simply by maintaining his current level of support with his political base.

We have entered a new era in American politics. The 2016 election exposed how economic, social and cultural issues have splintered the country and increasingly divided voters by age, race, education and geography. This isn’t going to change.

What have changed are the political fault lines that have driven the debate since the early 1980s. Until now, the ideological divides between the parties were largely differences around social issues, defense spending and trade, as well as tax cuts for the wealthy and corporations. Today, the central issue has become populism as voters have moved away from the two political parties and increasingly self-identified as independents.

In 2016, Trump capitalized on this changing political environment. He consolidated the growing number of angry voters who felt let down by the people and institutions controlling power in the country. Trump’s support from these voters is personal, not ideological. That explains their willingness to stick with him despite his failures of leadership.
Since Trump’s inaugural address, his focus has been on maintaining his support among this loyal base rather than expanding it. As counterintuitive as it may seem, this could be a winning political strategy.

First, Trump knows that gaining the support of a majority of voters in a presidential election is not a requirement; it’s simply an aspiration. In fact, two out of the last three presidents were elected despite losing the popular vote.

Second, the continued decline in support for both political parties works to Trump’s advantage. The lack of voters’ faith in both parties increases the probability that there will be a major third-party candidate on the 2020 ballot. It will also lead to other minor-party candidates joining the presidential race. The multi-candidate field will further divide the anti-Trump vote, making it possible for him to get reelected simply by holding on to his current level of support.

Third, despite dismal poll numbers, Trump enters the contest with a job approval rating that is certainly at least marginally better than what the current national polls would suggest. Throughout the 2016 election, most analysts tracked the national polling, which failed to capture Trump’s strength in key battleground states. Current surveys continue to understate his support. Many national polls survey all eligible voters, rather than registered or likely voters, which can underestimate Trump, and some voters may be reluctant to admit that they are pro-Trump at all. Add to that the fact that Trump effectively demonstrated during the 2016 campaign that he is capable of expanding his support by effectively demonizing his opponents.

Fourth, Trump’s support has largely remained durable with a core group of supporters. These are the voters Trump was referring to when he said that he could stand in the middle of Fifth Avenue and shoot someone and he wouldn’t lose votes. There is another group of Trump followers whose support isn’t unequivocal, but they have stayed with him because they still believe he will blow up the system and bring about real change.
In order to maintain and nurture his base, Trump will continue to embrace conflict, which will probably solidify his historically low approval ratings. Trump cannot win a two-person race this way. But he can prevail in a field with strong independent candidates on the ballot.

So for Democrats and others who want to beat Trump, unifying behind one candidate will be essential. In addition, Trump must carry Michigan, Pennsylvania and Wisconsin in 2020 to win. Efforts should begin now to chip away at his support in these states.

It would be as big a mistake to assume that Trump cannot win reelection in 2020 as it was for those of us who never thought that he could become president in the first place.

Doug Sosnik, a Democratic political strategist, was a senior adviser to President Bill Clinton from 1994 to 2000.