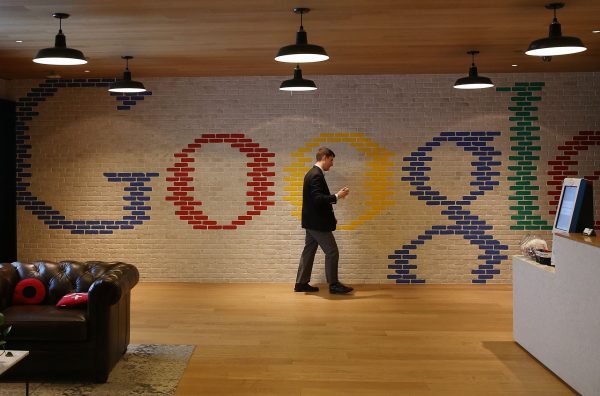 Google is cooperating with a congressional investigation into Russian meddling in the 2016 election and has for the first time uncovered evidence that Russian operatives used the Internet giant’s platforms in an effort interfere in the 2016 U.S. presidential election .Credit Mark Wilson/Getty Images
Share:

The Washington Post is reporting that Google has for the first time uncovered evidence that Russian operatives used the Internet giant’s platforms in an effort to  interfere in the 2016 U.S. presidential election.

“Russian agents” spent tens of thousands of dollars on advertisements on YouTube, Gmail, Google search, and other products in an attempt to spread disinformation, the newspaper reported on October 9, citing anonymous sources it said were familiar with the company’s investigation.

The ads did not seem to originate from Internet Research, a Russian company that bought ads on Facebook, indicating a possibly broader Russian online-disinformation campaign, the paper reported. Both Facebook and the other social-media giant, Twitter, have said that Russian entities bought ads and had accounts on their platforms.

Google launched a probe into the matter as U.S. lawmakers pressed tech giants to look into how Russian operatives used social media, according to the newspaper.

The U.S. Congress has opened multiple investigations to determine the level of Russian interference in the 2016 election.

Google representatives are due to testify publicly before both the House and Senate intelligence committees on November 1, along with Facebook and Twitter, about alleged Russian attempts to use their platforms to influence the election.

Facebook has said it recently shared some 3,000 Russian-bought ads with congressional investigators that were purchased by operatives associated with Internet Research, which media reports have described as a “troll farm” with links to the Russian state.