Antiquity Seized From the Met Museum Should Be Returned to Lebanon, says NY official

Two months after authorities seized an ancient head of a bull that was on loan to the Metropolitan Museum of Art in New York, a senior official in the Manhattan District Attorney’s office says, in no uncertain terms, that the marble sculpture should be returned to Lebanon. The claim is the latest chapter in an ongoing dispute between the Lebanese government and a pair of Colorado collectors over the antiquity’s rightful ownership.

This past Friday, Matthew Bogdanos, senior trial counsel of the New York County DA’s office, submitted a 68-page document to the New York State Supreme Court, arguing that his office has proven the 2,300-year-old bull’s head is stolen property and should be returned to Lebanon.

This ancient bull head may have been looted to from Lebanon. The Metropolitan Museum of Art, where it was on loan, has turned it over to the Manhattan DA. Courtesy of William and Lynda Beierwaltes.

But two Colorado collectors, Lynda and William Beierwaltes, believe otherwise. They are suing both the director general of antiquities (DGA) for the republic of Lebanon, as well as the the Manhattan DA, arguing that they have title to the head and should be allowed to keep it. They also argue that the statute of limitations for any claim has expired. Their attorney did not respond to a request for comment, but he told the New York Times last month that the couple “are bona fide purchasers with clean hands” and that Lebanon had failed to take any action concerning the bull’s head for more than 50 years. 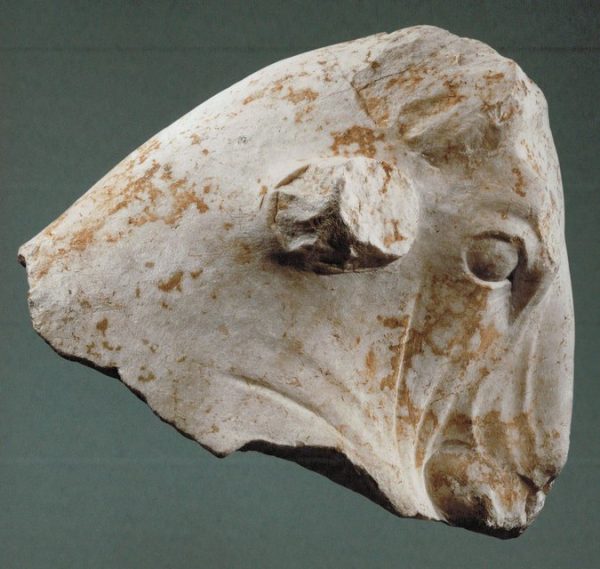 The legal saga stretches back to 2010, when the Beierwaltes sold the bull’s head to collector Michael Steinhardt through New York dealer Hicham Aboutaam, owner of Phoenix Ancient Art Gallery. Steinhardt promptly loaned the head to the Metropolitan Museum of Art. But in 2014, when a curator alerted Met authorities that there were problems with the provenance of the object, Steinhardt sought and received his money back from the Beierwaltes.

After museum officials handed over the object to the Manhattan DA this past summer, the Beierwaltes filed suit on July 11 in US District Court.

In his report, which asks the judge to authorize the object’s transfer to Lebanon, Bogdanos refutes the Beierwaltes’ arguments point by point and adds the results of his own interviews and research. A summary of the key findings he presents is below.

The Beierwaltes’s attorney has not responded to request for comment about the latest DA filing.