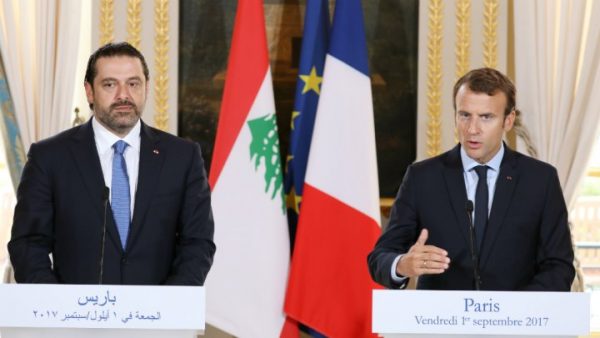 For six years, as many as 1.5 million Syrians have poured into Lebanon, equal to around a quarter of its population.

Some political leaders say Lebanon has lost patience with the social and financial burden of the refugee crisis.

Macron said France was willing to host an investors’ conference in the first trimester of 2018 to raise public and private funding that would help countries develop projects for Syrian refugees.

“Our desire is that we can find a political resolution, a political transition that will allow things to get back to normal, a complete and lasting eradication of all forms of terrorism in the country, and its reconstruction with the necessary political stability,” Macron added.

Earlier this week, Macron said France is engaged in a contact group on Syria, who will meet at the United Nations in New York in September.