Geagea: “No state can maintain two armies” , calls for abolishing the resistance formula 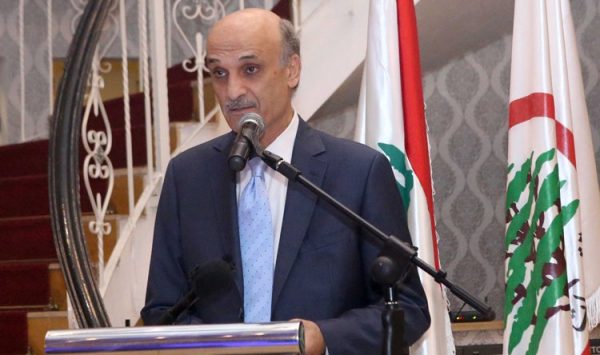 Lebanese Forces leader Samir Geagea  called for abolishing the resistance formula  “army-people-resistance  ” and replacing it  with the “army-people-state formula”, stressing that no nation can maintain two armies  as  he hailed the Lebanese army over its border offensive against the Islamic State terrorist.

“In light of what the Lebanese army is doing today in Operation Dawn of the Outskirts, it would be unacceptable for things to continue in the status quo. Some were claiming that the army lacked the capabilities but it has been proven otherwise, seeing as when it is given the opportunity it is capable of  achieve anything,” Geagea stressed.

“No state can maintain two armies and no state can rise without having exclusive control of the strategic decisions. All of their excuses have been refuted and I call on all political forces to do a reevaluation so that we all embrace the army-people-state golden formula,” the LF leader added.

The army began its long-awaited operation in the outskirts of the border towns of Ras Baalbek and al-Qaa region early on Saturday, and has so far captured around 80 out of 120 square kilometers of territory from ISIS

The army’s assault comes after Hezbollah waged its own campaign against jihadists operating in another border area south of the current battle. The group’s six-day offensive against al-Qaida’s former affiliate in Arsal’s outskirts ended with a ceasefire and the transfer of around 8,000 refugees and jihadists to a jihadist-held area of northwestern Syria in return for the release of eight captured Hezbollah fighters.