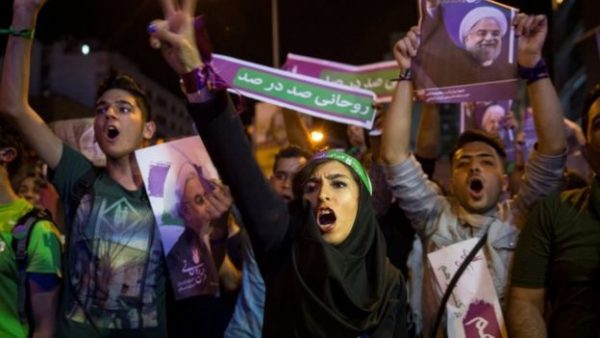 Some of president Rouhani’s supporters now feel he went back on his promises (Pictured: a campaign rally in May)
Share: 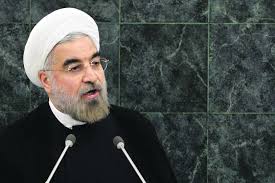 Iran’s President Hassan Rouhani has named two women as vice-presidents after coming under fire for proposing a cabinet that included no women among his ministerial picks.

Ebtekar was Rouhani’s vice-president for the environment department during his first term, one of three women appointees. Another was Shahindokht Molaverdi, who Rouhani named Wednesday as assistant on citizenship rights.

Iranian presidents appoint a number of vice-presidents, which are lower ranking roles than ministers. Unlike ministers, nominees for vice-president do not require approval by the male-dominated parliament.

On Tuesday, Rouhani proposed 17 men for 18 cabinet positions to parliament. The cleric had no woman ministers in his first term, despite being a moderate compared to others in Iran’s Islamic Republic and emphasizing women’s rights in his campaign.