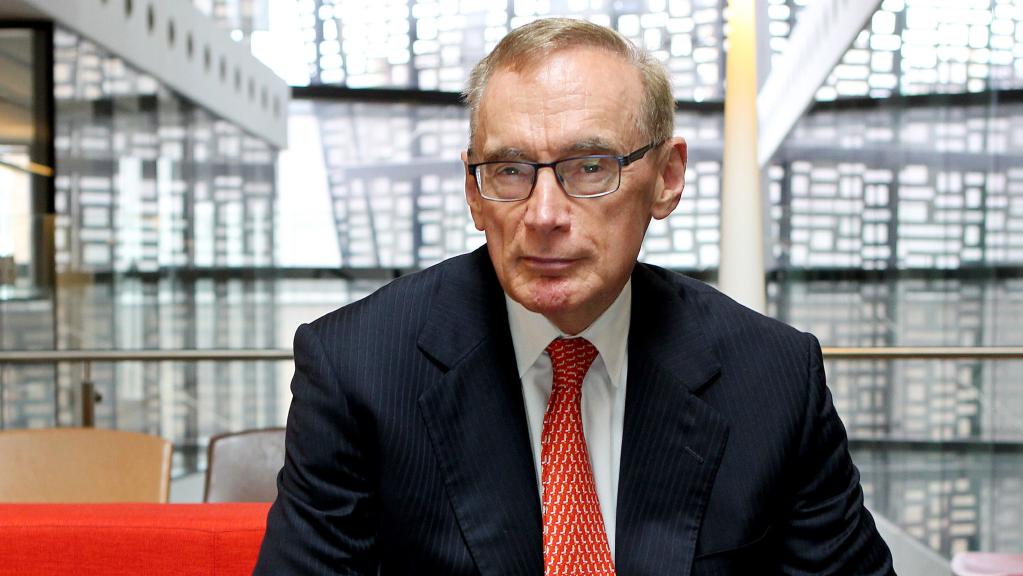 Former Australian  foreign minister Bob Carr has spoken out against Israel’s “cruel” and “foul” occupation of Palestinian land, and its “ruinous path” in rejecting the creation of a state of Palestine.

Leading a push for the Australian Labor party ( ALP)  to give Palestine immediate state recognition, Mr Carr has also backed the Israeli opposition’s condemnation ­of a new law ­allowing further property seizures as amounting to “war crimes” if families are forced off privately owned land.

The comments were delivered by Mr Carr, who served as Julia Gillard’s foreign minister, last week when he appeared as a “special guest” of Labor frontbenchers Anthony Albanese and Tony Burke, joint hosts of a NSW ALP federal electorate council meeting in Sydney. A recording of the event has been ­obtained by The Australian.

Now head of the Australia China Relations Institute at the University of Technology Sydney, Mr Carr has been accused by pro-­Israel opponents in his party of acting behind the scenes to ­orchestrate passage of a resolution at this month’s NSW ALP conference that “urges the next Labor government to recognise Palestine”.

The resolution by the ALP’s largest state branch, which looks set to pass with majority support from right and left factions, would be the precursor to federal Labor supporting recognition of Palestine at next year’s national party conference. Such a move would mark a dramatic break with 40 years of unqualified ALP support for ­Israel, and create unwanted ructions for Bill Shorten in the lead-up to the federal election due in 2019.

Census data released yesterday shows that key NSW Labor seats such as Watson, held by Mr Burke, and McMahon, held by ­opposition Treasury spokesman Chris Bowen, have among the largest populations with Arab ­ancestry. Mr Burke’s Sydney seat has 18 per cent of voters with Arab ancestry while Mr Bowen’s has 13.2 per cent. The seat with the largest proportion of voters with Arab ancestry is Blaxland, held by NSW right figure and Labor frontbencher Jason Clare, at 19.5 per cent.

In contrast, the seat with the largest Jewish population is held by Malcolm Turnbull — Wentworth, in Sydney’s east, at 12.5 per cent of its population. The seat with the second-highest concentration of Jewish people is Melbourne Ports held by Labor’s Michael Danby, who has been a trenchant critic of the push for Palestinian recognition by the NSW ALP.

Mr Carr, who was NSW Labor premier for a decade before his stint in Canberra, acknowledges the attending head of the ­Palestinian delegation in Australia, Izzat Abdulhadi, as “His Excellency, the ambassador of Palestine”.

In the recording he praises Mr Albanese and Mr Burke for accepting, like him, that “now is the time to recognise Palestine” at an ALP state and federal level.

Mr Carr speaks highly of them and other former colleagues — Mr Bowen and now-retired minister Craig Emerson — for standing “one by one” with him against Ms Gillard in 2012 when she tried to pressure her cabinet into accepting a “no vote” by Australia opposing UN observer status for Palestine.

Mr Carr, who said he was aware the recording was being made, castigates his successor, Liberal Foreign Minister Julie Bishop, for failing to criticise Israeli settlements on Palestinian land that are “all illegal” and growing in such numbers they are “planted in areas never contemplated”. Her unquestioning support “just encouraged Israel to be more aggressive and chauvinist’’.

Quoting Israeli critics, and then agreeing with them, Mr Carr says the left-leaning Tel Aviv-based Haaretz newspaper had “correctly” called Israel an occupying power — but the occupation was “getting crueller”.

“The regularisation bill … confirms everything I’ve said about the foulness of this occupation, and about the poisonous effect it is having on Israel, and yes, it confirms … the suffering of Palestinians which must be first and foremost in our concerns,” he says.

A Palestinian family’s property could be seized by the Israeli state even if it had land title going back to the days of the Ottoman Empire, Mr Carr says.

He says Palestinians had stories to tell that had been “blotted out” until Israeli historian Danny Morris checked defence archives and found Palestinians were expelled when Israel was set up as a Jewish state in 1948. “There were massacres,” Mr Carr says in his speech. “And that feeds into the stories you’re familiar with; of Palestinians having to flee their houses, leave their houses behind, and flee for the borders.”

He says the people of Gaza are refugees with links not to that area but with the homes, real or imagined, inside Israel’s borders of 1948. Mr Carr berates Israel’s continued occupation of territories as a “cruel” and “hateful thing” that forces more suffering on Palestinian people.

He recounts one Haaretz report about “apartheid” coming to an ancient swimming pool used by Palestinian children, who were booted out by authorities for a group of touring Israeli settlers.

Federal Labor’s current policy on the Israel-Palestinian issue was publicly endorsed this week by Mr Shorten’s deputy Tanya Plibersek, serving as acting party leader, despite her own harsh criticism of Israel in the past, and her long factional alignment with Mr Albanese.

The current ALP policy supports a two-state solution — but only commits the party in government to “discussing” joining like-minded nations in recognising a Palestinian state if there is no progress in peace talks.

Jewish leaders in Australia consider the proposed change not only odious but potentially “dangerous” because of the encouragement it could give Palestinians to pursue their cause without concessions, including a pledge to end hostilities.

Mr Shorten, politically close to Mr Danby, is known for his own pro-Israel sympathies and good relations with Melbourne’s Jewish community. Mr Shorten has shown no sign of resisting the ALP policy shift, possibly aware he is in the minority with the party’s pro-Palestinian left faction now dominating national conference numbers, and backed by the NSW right on this issue.

Mr Carr was unequivocal in saying he wants Labor support for a Palestinian state “now” during his speech at the Canterbury-Hurlstone Park RSL Club.