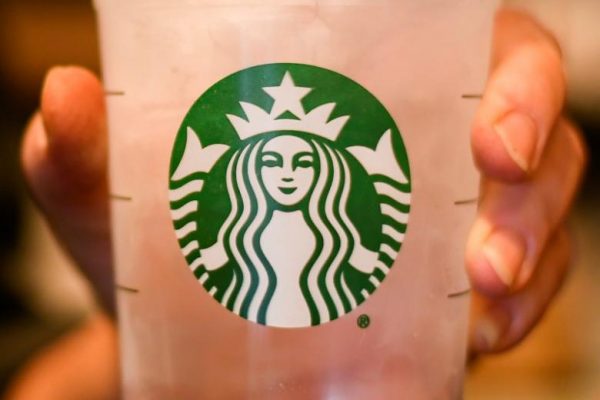 FILE PHOTO: An employee poses with a cup of water at a Starbucks coffeehouse in Austin, Texas, U.S., February 10, 2017. REUTERS/Mohammad Khursheed/File Photo
Share:

A leader of Indonesia’s second-largest Muslim organization has called for a boycott of Starbucks (SBUX.O), saying that the international coffee chain’s pro-gay stand risks ruining the “religious and cultured” core of the Southeast Asian nation.

With the exception of the ultra-conservative Aceh province, homosexuality is legal in Indonesia. But police raids on the lesbian, gay, bisexual and transgender (LGBT) community have risen in the world’s most populous Muslim country.

Anwar Abbas of Muhammadiyah, an organization that has around 30 million members, said the government should revoke Starbucks’ operating license as the company’s support for the LGBT community is “not in line” with the nation’s ideology.

“If Starbucks only does business, then fine. But don’t bring ideology here,” Abbas told Reuters by phone on Saturday.

PT Sari Coffee Indonesia, which holds the license to run the Starbucks chain, is a legal entity that “always obeys the prevailing regulations and appreciates the cultural values in Indonesia”, an executive at its parent company said.

“We also value the religious background of our customers and employees,” Fetty Kwartati, a director at PT MAP Boga Adiperkasa Tbk (MAPB.JK), said in a text message.

Indonesia’s reputation for tolerance and pluralism is already under scrutiny after Jakarta Governor Basuki Tjahaja Purnama, an ethnic-Chinese Christian, was sentenced in May to two years in prison for blasphemy in a trial that came after mass Islamist-led rallies last year.

Asked why he had taken a stand against Starbucks, Abbas said he was informed in a chat group about a pro-LGBT comment made by the company’s senior executive, Howard Schultz.

Schultz is now chairman of Starbucks after stepping down from his previous role as chief executive.

Forbes reported that when a Starbucks shareholder complained in 2013 that the company had lost customers because of its support for gay marriage, Schultz said it embraces diversity and that “not every decision is an economic decision”.

“If you feel, respectfully, that you can get a higher return than the 38 percent you got last year, it’s a free country. You can sell your shares in Starbucks and buy shares in another company,” Schultz was reported as saying at that time.

Starbucks customer Annisa Meidiana, who is a Muslim, said she would not stop buying coffee there because of the call for the boycott.

“Islam condemns LGBT. It’s a sin,” the 22-year-old university student said outside Jakarta. “But it doesn’t matter to me. For me, being an LGBT is a human right.”